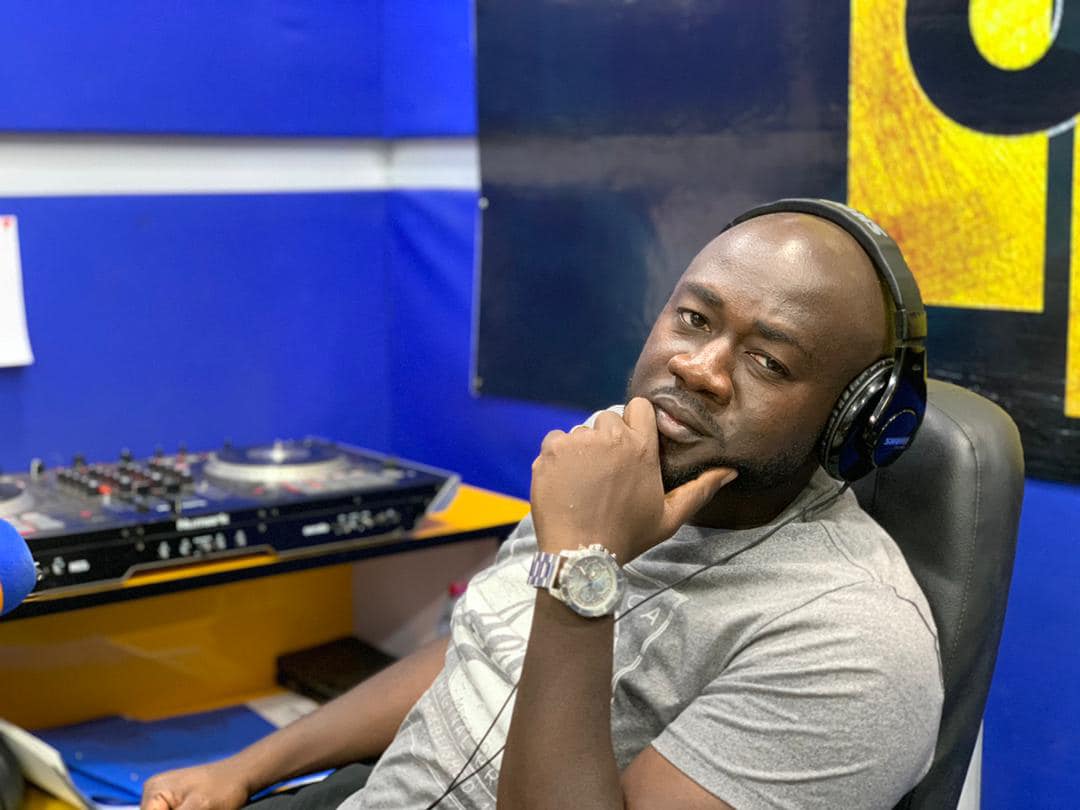 DJ Slim made this revelation when he was hosting his morning entertainment drive show on another radio station owned by Dr. Kwaku Oteng named ABN Radio One which is housed in the same building as the business mogul’s oldest and most popular radio station, Angel FM at Abrepo Junction in Kumasi.

This revelation from DJ Slim is not too shocking because ever since he moved away from Pure FM as the drivetime show host, he has repeatedly stated that he did not like the working atmosphere at Pure FM.

On many occasions, the Supreme Bigger Figure as he is nicknamed has said that as soon as the sports crew led by Bright Kankam Boadu joined Pure FM, a lot of changes happened that got him very frustrated.

During a recent editorial session on his Sunday night show on ABN’s Radio One, DJ Slim revealed that some members of the sports crew called to berate him just because he questioned why they were taking some of the time allotted to him for his drivetime show to them.

Well, after making all these revelations over the last few months, it appears that this is the first time, DJ Slim has been very direct by stating that he is disappointed that he joined Pure FM.

It should, however, be noted that even though DJ Slim says he regrets joining Pure FM, he quickly adds that his move to Pure FM, which is another radio station owned by Dr. Kwaku Oteng has been his best move in the radio journey.

Watch DJ Slim speak in the video below: