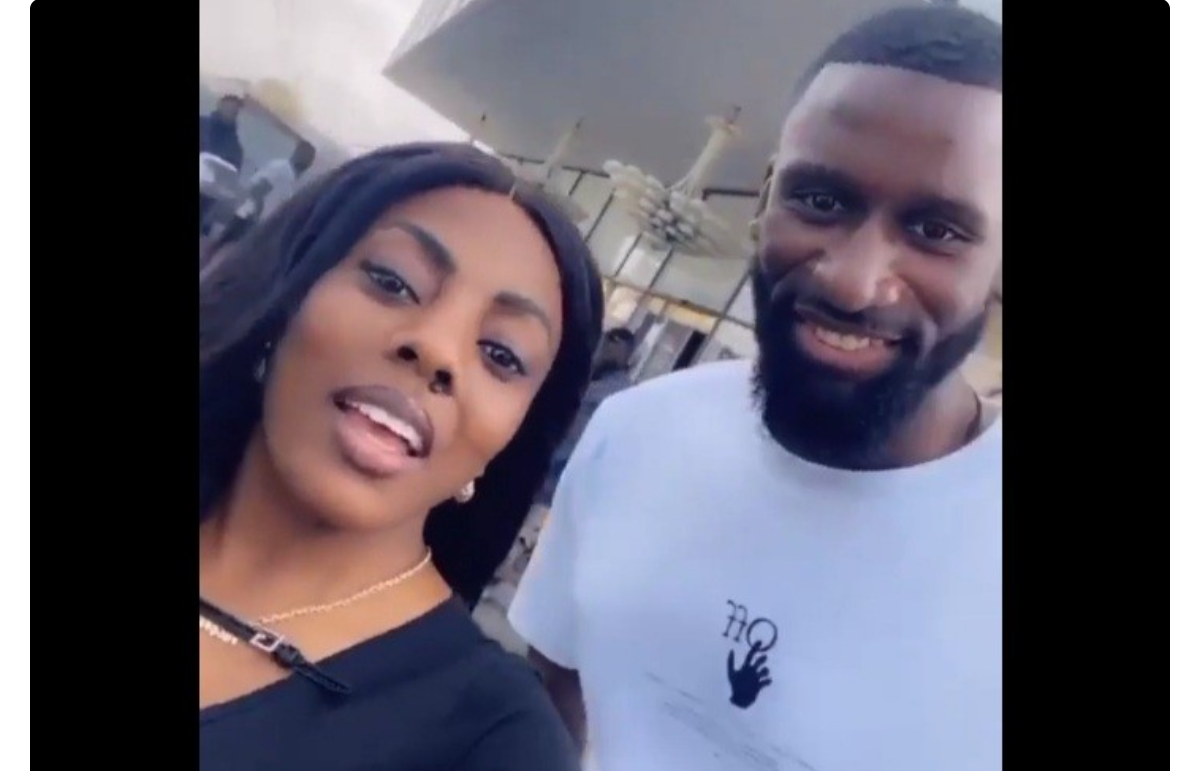 The General Manager of GHOne TV, Nana Aba Anamoah has been seen hanging out with Chelsea’s German International, Antonio Rudiger in Accra.

Chelsea footballer and Champions League winner Antonio Rudiger is in Ghana after his country; Germany failed to advance in the ongoing Euro 2020 Campaign.

The defender came to the country with former Ghana and Chelsea coach, Avram Grant.

Rudiger has since been familiarizing himself with Ghanaian culture and meeting personalities.

In a video making waves online, the Chelsea player is seen hanging out with the media personality.

Nana Aba Anamoah is however a staunch Manchester United supporter.