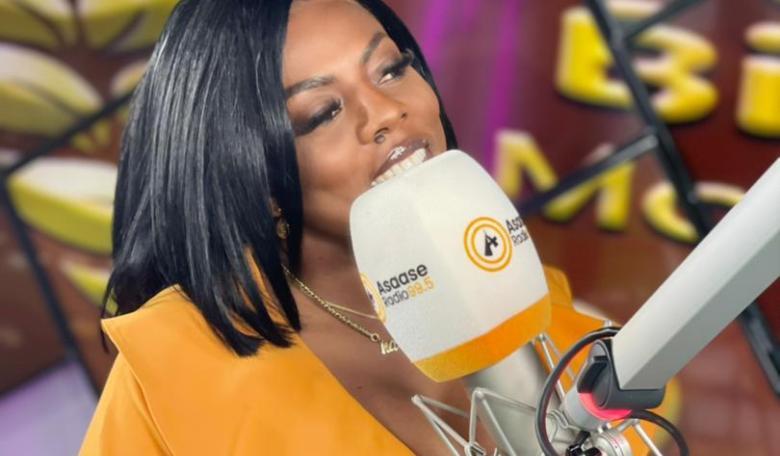 Nana Aba Anamoah, the general manager of GHOne TV and Starr FM, on Monday 21 June 2021 led a four-member delegation of Excellence in Broadcasting Network (EIB Network) to celebrate with Asaase Radio on its first anniversary.

Presenting a customised cake to Asaase Radio, Anamoah said the impact of the pan-African multimedia station has so far been tremendous and impactful.

“We are just here to appreciate the work Asaase Radio is doing. You have been here for just a year but the impact has been felt both near and far,” Anamoah said.

She added: “And we want to encourage you to continue to do more just to help with the development of this country. So we are happy, very happy with you Asaase Radio. Congratulations and a happy birthday.”

Asaase Radio 99.5, the pan-African multimedia station has began activities to mark its first anniversary a year after capturing the media landscape in the capital Accra.

As part of the anniversary, Asaase will raise about US$40,000 for the purchase of a dialysis machine to be donated to a health facility in the country.

Asaase Radio currently boasts of top presenters such as Kojo Mensah and Nana Yaa Mensah who are the anchors of The Asaase Breakfast Show from Monday to Friday.

Carolyn Sampson (host of Ten-2-One), Naa Ashorkor (host of “Between Hours” from Mondays to Thursdays at 2pm and Just Us on Tuesdays at 7pm), Elvis Crystal (Rush-hour) from Monday to Friday between 3pm to 5pm and Black Boy with Nitro Avenue.

Asaase Radio employs over 50 staff and has first-class, state-of-the-art multimedia studios. They are among the best to be found anywhere in the world.

The station has over the past year been serving listeners with a plethora of diverse, engaging, informative and educative content, with music and news from across Africa and around the world.