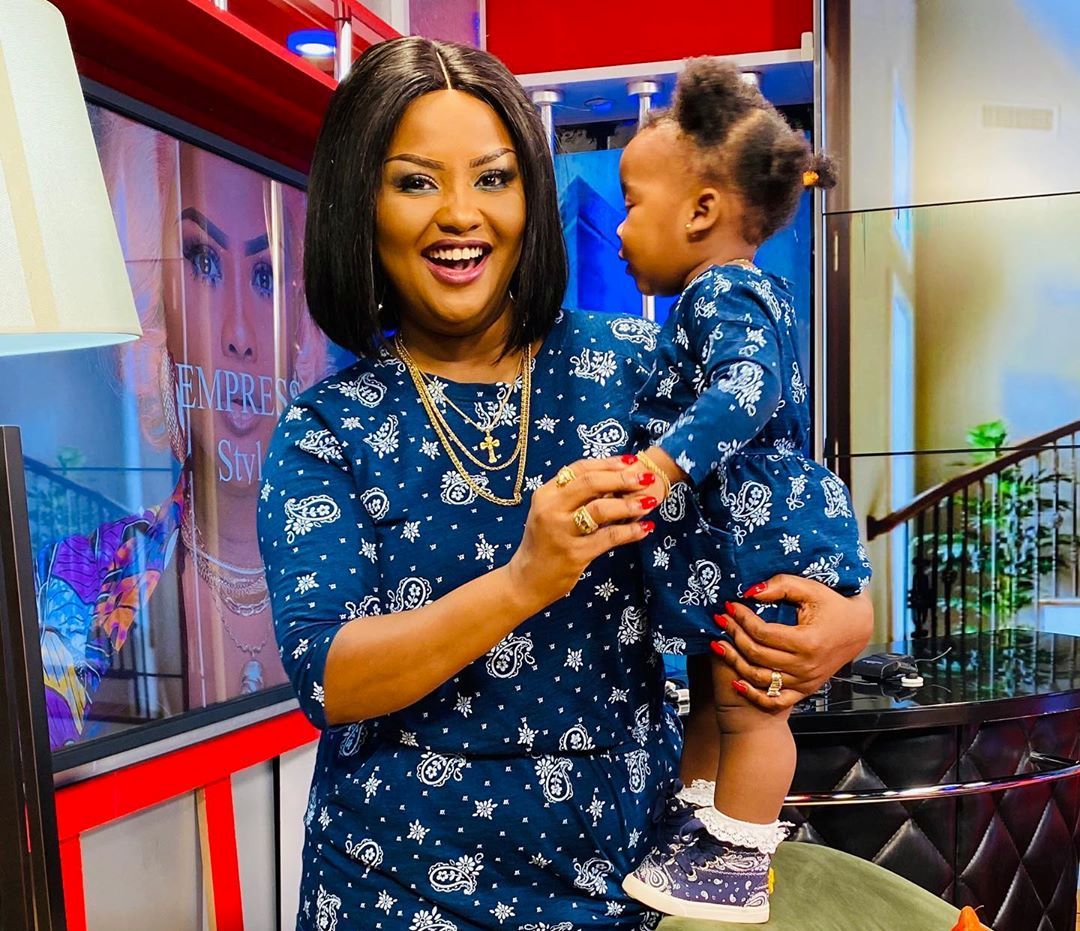 On the heels of celebrating the birthday of her daughter, Maxine, actress Nana Ama McBrown decided to host her show on UTV with the adorable baby Maxine.

The guests on United Showbiz to discuss celebrity parents were John Dumelo, Bulldog and Yvonne Nelson. Bulldog was the most experienced parent on the panel with his 3 daughters and a son.  Bulldog used the opportunity to explain his ‘women belong in the house and kitchen’ comment saying that the way his wife is able to take care of the family confirmed it.

Nana Ama after introducing the three guest then introduced her daughter, Maxine saying: ‘today I am hosting the show with Ohemaa, baby Maxine”. Maxine then moved around to greet the other guests

Nana Ama joked about Yvonne Nelson bypassing her to give birth first before going into the discussions.