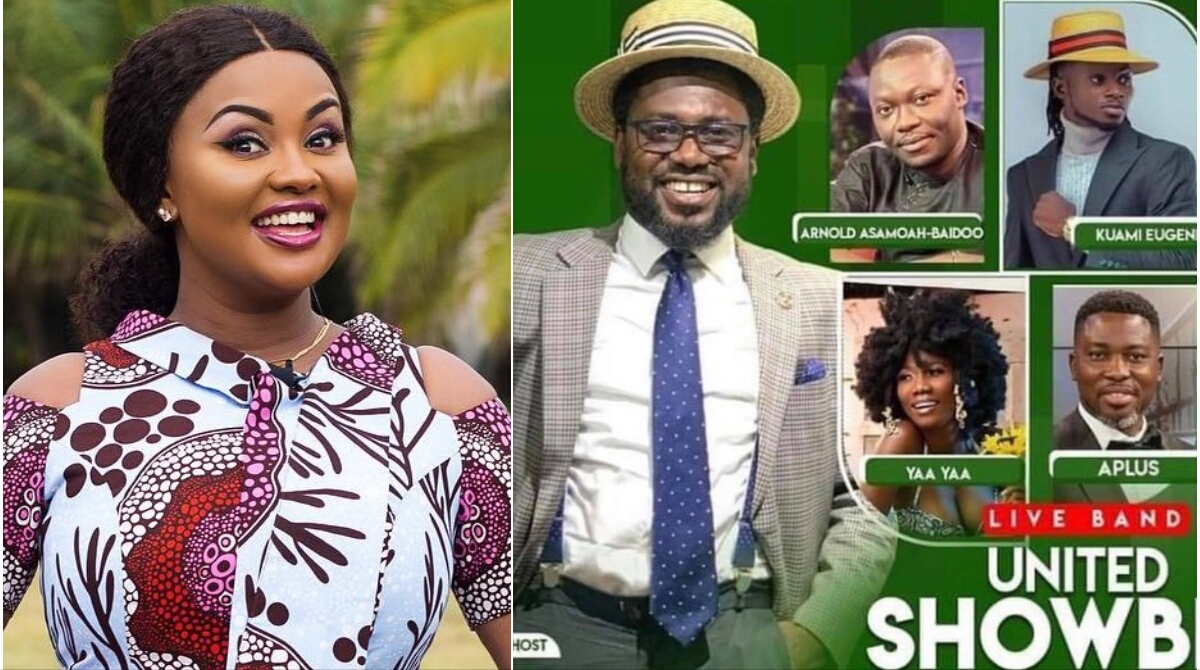 Nana Ama Mcbrown has quickly debunked news making rounds on social media that she has been asked to sit back as experienced broadcaster Abeiku Santana takes over her programme on UTV’s United Showbiz programme.

The award-winning entertainment program on United Television (UTV) was given a jolt a few weeks ago after one of the regular panelists, Bulldog goofed. The artiste manager and former A & R manager for Zylofon stated on the show that the president, Nana Akufo Addo will run away and won’t be able to finish his 4-year term if he refuses to pay Menzgold customers.

It’s for this reason why a lot of people are of the strongest conviction that the actress and TV host been sacked by UTV and in her stead, ace broadcaster Abeiku Santana has taken over. But apparently, that’s far from the truth.

In a new post Nana Ama Mcbrown shared on her Instagram page, she revealed that Abeiku Santana is sitting in on her behalf as she takes a break however, she refused to give reasons for her break. Nana Ama Mcbrown wrote: