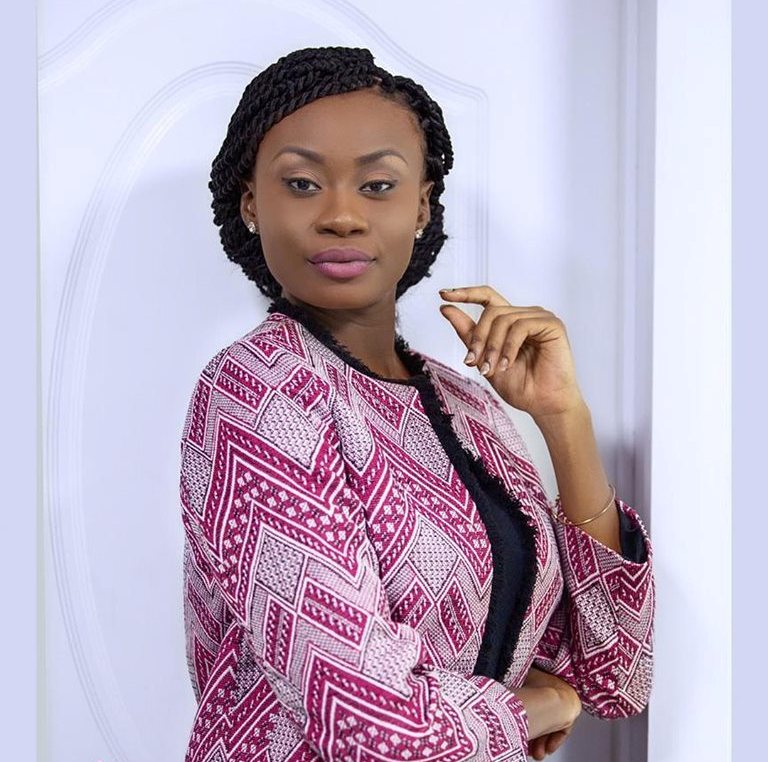 News anchor for TV3, Natalie Fort has served notice that she intends to pursue legal action against blogs that suggested that her year’s leave from broadcasting was because of an unplanned pregnancy.

According to Ms Fort, her leave from her professional duties at TV3 have nothing to do with a supposed pregnancy but is due to a personal desire to further her education abroad while preparing for her upcoming nuptials.

A statement signed by Ms Fort said she found it absurd that there were unfortunate assumptions that a woman’s influence in any industry was affiliated to some degree of looseness or professional misconduct on her part.

“On the morning of Tuesday 16 July, 2019, I awoke to a long thread of messages with links and screenshots from presumably popular gossip websites (ghanaslayers.com:ghanacelebrities.com and others); on the alleged pregnancy of a particular Ghanaian celebrity and TV News Anchor; whose name is prefixed with the letter ‘Ns and in one report is subsequently referred to as ‘Natalia’ by unknown source,” the statement said.

“Not only did I find this amusing, as my announced year’s leave has nothing to do with an impending pregnancy contrary to reports; but on a more pensive note, I found it grossly defamatory — to the speculated “N’-named individual, I or another ‘N’-named woman falling under the characteristics mentioned. I was also alarmed by the offhanded and unprofessional manner in which some journalists occasionally exercise their constitutional right to free speech, by inaccurately throwing in politicians for the sake of media traction”.

Ms Fort said she does not object to the personal decisions people make to have affairs with married men but her upbringing, family values and professional ethics do not permit her to do the same.

“It would be amiss not to mention how absurd it is, that our culture seems to persist under the unfortunate presumption that a woman’s influence in any industry, must somehow be affiliated with or tainted by some degree of ‘looseness’ or professional misconduct on her part. Where they fail to aptly connect this woman to such behaviour, some media establishments speculatively construct uncorroborated connections.

“No objection to those who consent to sexual affairs with married men as the report suggests I did. Fortunately, my upbringing and familial values do not coincide with such choices and neither do my professional ethics entertain sexual affairs with colleagues, regardless how amicable.

“As has become necessary, I intend to pursue with legal action…”

Read the entire statement below; 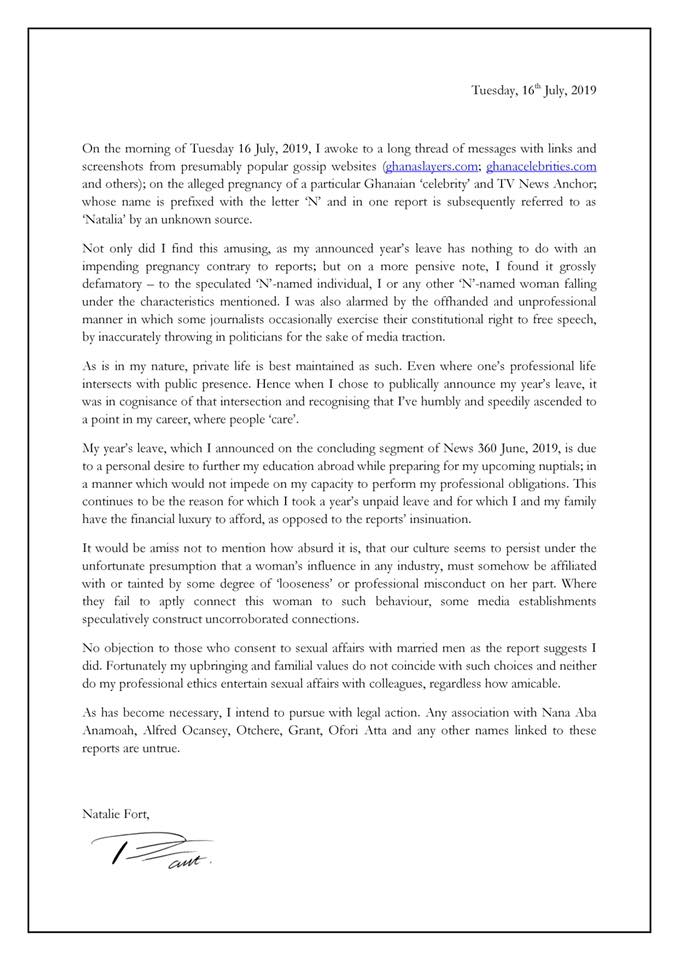 Ms Fort is a product of the Ghana International School, Merton International, the Royal Academy of Music and the Accra Film School, where she studied television presentation and script writing.

The young anchor who is always smartly dressed loves cute jewellery such as diamonds.

She also loves good perfumes on her body to complement her looks.

When she is not on air she loves to watch CNN. “I think CNN shows are catchy. With radio, I like listening to the BBC and 3FM,” she added.

The kind of man Ms Fort would have to go out should be a Christian. “Not just a Christian but he should have a true relationship with God and must take his spiritual life seriously. In addition to that, he must be motivated.

I really hate men who are not motivated and what I mean by not motivated is that they are not ambitious and are very comfortable where they are. I have seen men like that before. I like someone who is ambitious and wants to achieve something great,” she revealed.

Ms Fort’s involvement in the Fashion and Modeling industry since the tender age of 13 made her set up the Fort Model Management, company setup with the aim of ‘Redefining the art of Modeling’ in Ghana, Africa and the world, through the injection of innovative services and skills development.

She was nominated to represent Ghana in the Miss Princess World Competition in the Czech Republic in 2011.

Give Ms Fort ‘Red Red’ (Gari and beans) any day and she will jump for it.