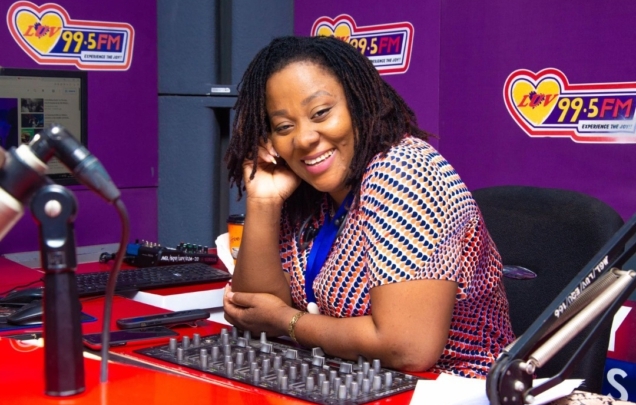 The Host of Luv FM’s afternoon music program, Waves, Anita Akua Kyerewaa Kuma has bowed out of the Multimedia Group, after a seventeen (17) year stint with the brand, myjoyonline.com has officially confirmed.

The “Queen of the Airwaves” who captured the hearts of many in Kumasi and beyond, shared a tearful goodbye message with her former colleagues and fan base on live radio, on Monday, January 31, 2022, which was her last working day.

“It’s extremely bittersweet. I am excited about the next challenge but, just like leaving home, it is very painful. Change though is the only constant thing”, she stated.

Touching on the prospects of the industry for existing and upcoming players, the celebrated radio personality urged them “to appreciate the blessings and opportunities they have on radio, make it a fun ride whiles it last and be remembered for positive impact.”

Anita further challenged them to study and develop their craft, be confident and flow naturally as “radio is an exciting venture.”

Meanwhile, Rebecca Mauro is billed to take over from Anita as host of Waves on Luv 99.5FM.

Close source report indicates that Anita Kuma has now picked up a new role at the Registrar’s Offices of the Kwame Nkrumah University of Science and Technology (KNUST) in Kumasi.

Congratulations on the new appointment !