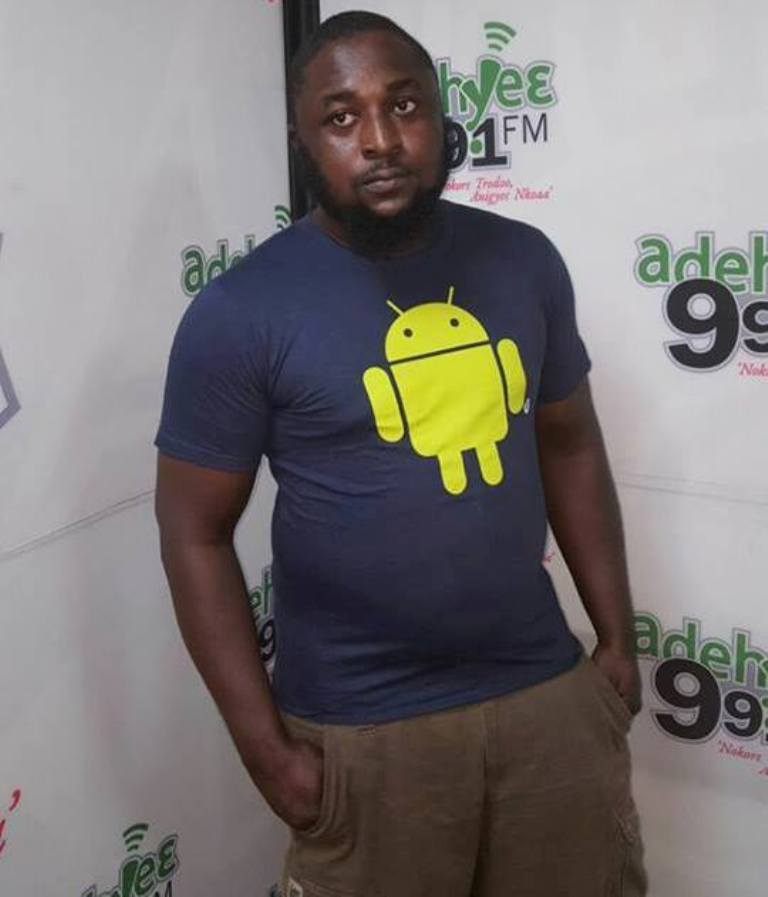 Samba made this disclosure on his facebook wall Thursday evening.

Announcement:
Nuhu Adams (Samba) is no longer with Adehye3 FM.
Thanks so much.

Although Samba however did not speak on his decision as to reasons why he left the media group, he only said it was right time he moved on.