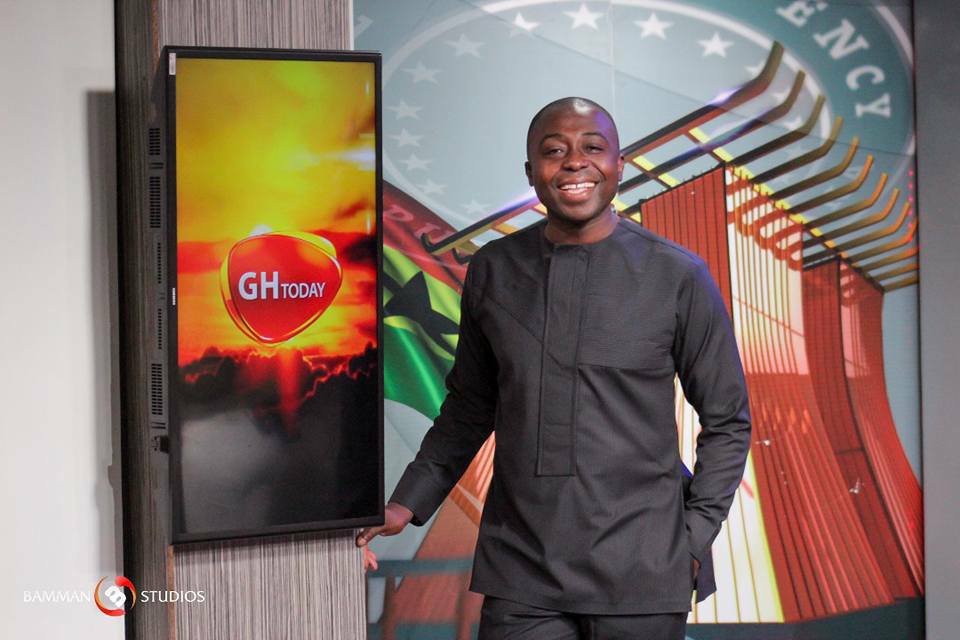 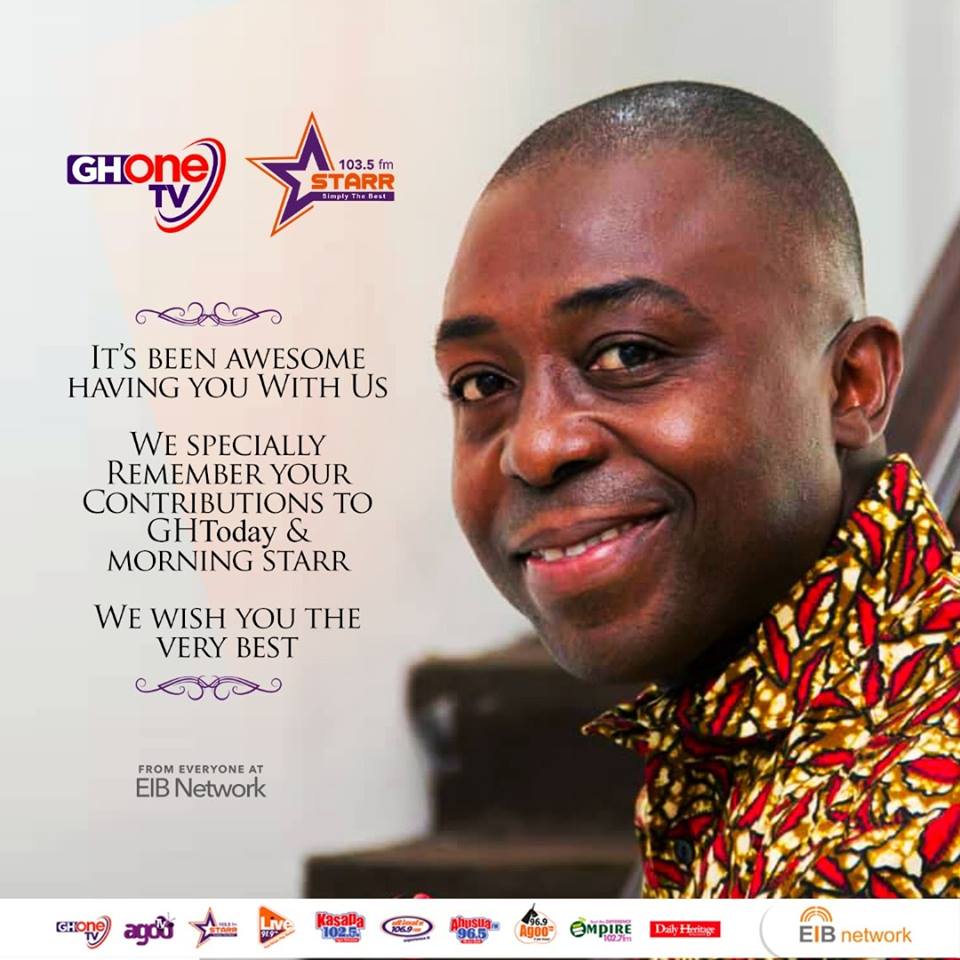 This portal can report that the co-host of GHToday is the latest to have left the brand which recorded mass retrenchment last month as a result of what management say is part of internal growth path process that will see it become a world class media organization.

According to mynewsgh.com, the former host of Who wants to Be Rich left the media group following the expiration of his contract.

EIB have said it was “awesome” having him around in a good designed approved by the management and shared by staff.

They say they specially remember his contribution to GHToday and MorningStarr.

Recently, some of network’s top brass broadcasters have either departed or had their contracts not renewed upon its expiration.

Kafui Dey joins the likes of Anita Erskine among Fiifi Banson others.