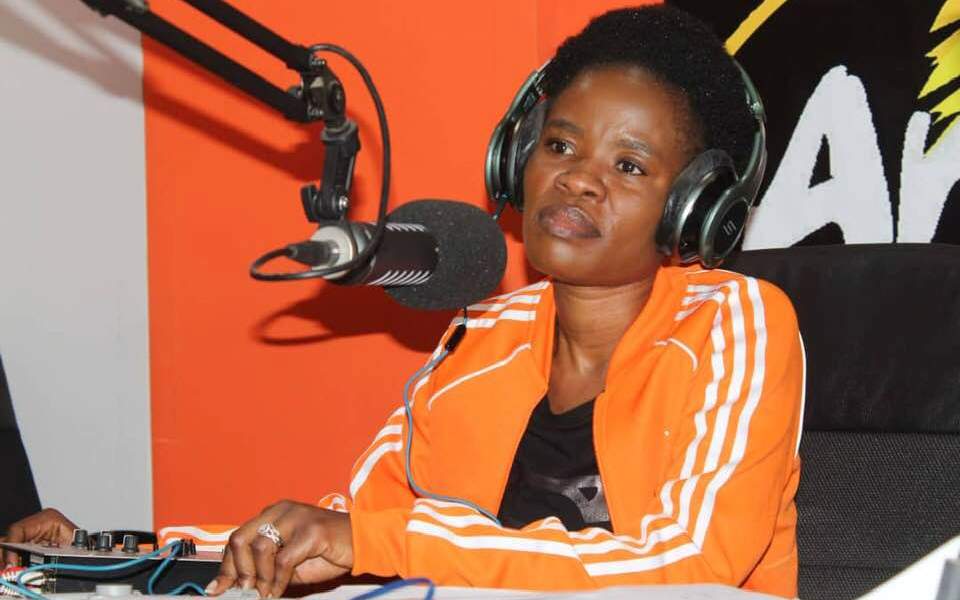 Ohemaa Woyeje, one of Ghana’s favorite broadcasters has revealed the secret about how she rose to fame in the media fraternity.

It is not exactly the norm to see women rubbing shoulders with men in the media space, however, Ohemaa Woyeje, like a few countable women, have been able to make it to that point.

Speaking on eTV Ghana’s Late Nite Celebrity Show, she told host, Foster Romanus that the spirit of not giving up is what has gotten her that far.

“There were a lot of challenges that could’ve gotten me to quit. Plenty people blocked me and abused me in any way they could so that I wouldn’t be able to do it. When they see that abusing you is not working, then they begin to abuse your personality. They say things about you that if you’re very weak, you hear them and it affects the morale that you carry on your programme but even that, I crossed it”, she said.

Ohemaa also added that she has a very close family that advises her all the time, therefore, she is able to control herself even when she is expected to react. “I have been attacked severally and it’s been all over the media but I handled myself very well and I know a lot of people came to like me because of that”, she further added.

According to her, she never had plans of going into media production specifically radio but is doing it anyway.

Talking about her journey in doing radio she stated that she started doing radio in 2003 at Nkosuo radio in Kumasi and, “There I didn’t start as a radio presenter or DJ as I am now, I started off as a sales executive and a voice-over artist”.

In an interview with Foster Romanus on e. TV Ghana’s Late Nite Celebrity Show she disclosed, “I loved music while in school, I’m that person who would be learning lyrics to go and perform during entertainment and fun events while my friends are reading their textbooks”.

She mentioned that her senior brother gave her the opportunity to do radio because he just took her to school and immediately after that there was a job opportunity for her.

“The first radio station I worked with gave me an appointment letter so I started officially as an employed staff, there was no back and forth with them “ she revealed.

She went on to say that it has also been the same with all other stations except, Sky FM.