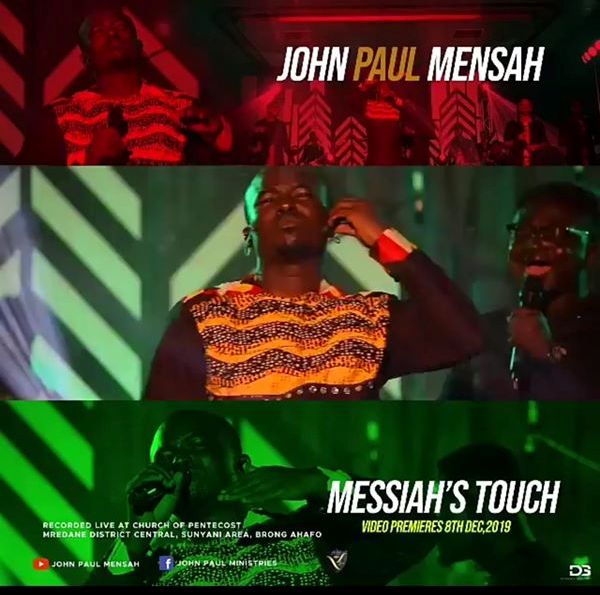 This music video is a classic gospel music collections with a spirit-filled live atmosphere of deep longing and a desire for a move of the Holy Spirit as the track titled portrayed.

The video is a Live Spiritual Music Festival performance by John Paul Ministries and his team.The first edition was held on 8th September 2019 at the Mmredane Central District of the Church of Pentecost in Sunyani with which the Holy spirit took over the entire members of the church.

Much appreciation and thanks to Pastor Ahmed Anane Acheampong, his wife, the Presbytery and the entire members of the Mmredane Central District of the Church of Pentecost in the Bono capital.

JOHN PAUL MENSAH has been on several stages through his ministration to promote Christ and win souls as well.  He intends to spread the word of God as much as he can and would not be focused on one denomination but sorely concentrate on Christians as well as unbelievers.

John Paul Mensah has more than 20 songs in stock and would gradually release them at God’s appointed time. He does worship, praises, reggae and pure highlife. He has the intention to merge his music with a social responsibility project which many Ghanaians and the world would cherish most.

The gospel artiste hopes to do several songs before his first Live Concert performance and Album Launching to be held in Sunyani or the Oil city later in the year 2018.