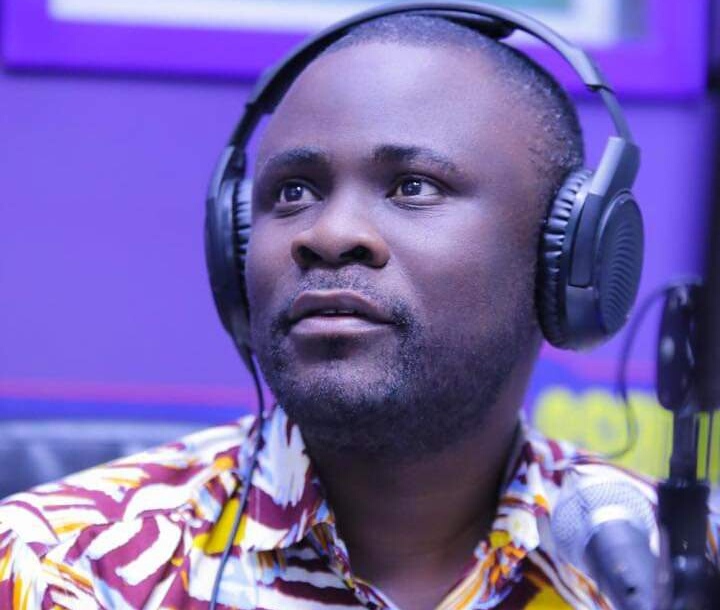 The former host of Skyy Power FM’s Jolly Breakfast Show will directly be stepping into the shoes of Samuel Kwadade Yirenkyi who resigned from the media network to pursue other interests elsewhere.

OB as he is affectionately called, comes in with a repertoire of experiences on his side, both as a broadcaster and as a corporate communicator.

Until his appointment at the Multimedia Group was the Head of Public Relations for the Electricity Company of Ghana in the Western Region. OB also worked with the Skyy Power FM’s Brand and Corporate Communications Manager.

The 2017 Mandela Washington Fellow is a Tullow Scholar who holds an MSc in Corporate Communication and Public Affairs from the Robert Gordon University in Aberdeen.

Eko sii sen is one of Ghana’s leading local language political talk show programme on Asempa FM and airs from 2:00 pm to 6:00 pm every week day.

Born Philip Osei Bonsu on the 10th October,1984, O.B spent his early life in Elubo a town in the Western Region of Ghana.He begun his basic education at the New Generation School Complex.

He had a short stint at Saint Peters Educational Centre in Kwadaso before returning to the New Generation School Complex.

The popular broadcast journalist from Manso Mosease in the Ashanti Region completed his Junior High School Education in 1998 and proceeded to Saint John’s Senior High School.

After successfully completing his University education,O.B did his National Service at Spark Fm a Dunkwa -on-Offin based radio station in 2007.There, he learnt the rudiments of Journalism.In January, 2008,the Tullow Scholar joined Skyy Power Fm as a sports presenter.

In 2010,after sitting in for the regular host of the Jolly Breakfast Show for sometime, Osei Bonsu was made the substantive host of the show.

In 2012, O.B was part of a group of young Ghanaians who won scholarships from the Tullow Group to study overseas.

Philip Osei Bonsu graduated from the Aberdeen Business School of the Robert Gordon University with distinction.He obtained an MSc in Corporate Communications and Public Affairs.

In January 2014,Nana Kobina Nketiah V the Paramount Chief of the Essikado Traditional Area and life patron of Sekondi Eleven Wise Football Club handed him the position of Communications Director of the club.

The man who doubled as the Host of Skyy Power FM’s weekend analysis program ,News Review and the Head of Public Relations for the Electricity Company of Ghana in the Western Region did his best to promote the Sekondi club.

After the untimely death of Kwadwo Asare Baffour Acheampong,many Ghanaians were persimistic about the chances of Ekosiisen dominating the airwaves again.

Many social commentators were not sure if someone could fill the void created by KABA.The former Brand and Corporate Communications Manager of Skyy Power FM showed optimism after being handed the job as the host of Ghana’s most authoritative current affairs show.

O.B,the 2007 Mandela Washington Fellow and a recipient of a certificate in Leadership and Social Entrepreneurship at San Diego, California was poised to do better than his predecessors like Ken Addy,Kwabena Bobbie Ansah and the late KABA.Since he was handed the job as Host of Ekosiisen on Asempa FM,O.B has not looked back.

The non-cantankerous O.B,has elevated Ekosiisen to an unmatched pinnacle.The man with a gentle soul has increased the listenership of Asempa FM’s Ekosiisen through his great communications skills.The non-partizan journalist has won the admiration of myriads of Ghanaians and this is evident through the kind of personalities who call into his show coupled with the number of people who follow him on Facebook and Twitter.

Through his panache way of presentation,he has helped rectify most of the anomalies in Ghana’s politics.

Leading political figures like Sammy Gyamfi of the NDC, Nana Boakye and Sammy Awuku of the NPP have all graced his Ekosiisen platform. The husband of Madam Dalyn Ansomaa Addo does not allow libel political apparatchiks to grace his platforms.

Philip Osei Bonsu digs deeper into socio-economic and political issues that impedes the growth of Ghana.With a repertoire of experience and knowledge in contemporary journalism,O.B stays firm, bold and resolute in protecting the public interest.Over the last year,Osei Bonsu’s influence on the way and manner in which politics is done on radio in Ghana has been radiant and telling .

The father of Kweku Osei Bonsu has won the admiration of many Ghanaians for the way he probes into pertinent issues and the sterling manner in which he puts government officials on their toes.O.B’s interviewing skills is matchless and unparalleled.He sticks to the ethics of his profession and disallows slandering comments on his show.

The panache at which he presents issues for discuss is just amazing .O.B does not allow his interviewees to go off easily , with a banter ,he pushes them to give out all the details his audience need to know.

O.B who is the CEO of OBPR Consult stays true to his conscience and he remains fair to all his panelists .Despite some few hiccups on his show,the Multimedia Group journalist has kept his panelists in check.

Getting a practicing Public Relations person to leave his position as the Western Regional Public Relations Officer of the Electricity Company of Ghana certainly did not come at a cheaper cost.O.B in return has done justice to the confidence reposed in him by his employers in just 14 months.The man who would walk to Fijai Junction for some hot rice and stew with it’s accompaniments almost every day during his stay at Skyy Power FM is poised to stay in the journalism profession for a long haul.

The former co-worker of Francis Abban,Ebenezer Afanyi,Kobina Wajah and Erasmus Kwaw is looking forward to injecting a lot of energy into his work in the coming years.

Philip Osei Bonsu is committed to promoting entrepreneurship among the youth.He served as convener for the Western Regional Youth Entrepreneurship Summit which aims at equipping the youth with the right entrepreneurship skills and expertise to tap into the immense opportunities in the corporate world.O.B hopes to train a lot of Ghanaianyouth in the years to come.

In my recent interview with O.B on the ethics of journalism and the role of the media in contemporary Ghana,Philip Osei Bonsu showed class as he proved why he is the best in his field.On media ethics,he stressed on the need for journalists to uphold the ethics of their profession.

He bemoaned the incessant rate at which many journalists in Ghana have swayed away from the ethics and codes that govern their profession.He believes that by upholding the ethics of journalism,journalists can change our country for good.

He further went on to admonish his colleagues not to compromise on their integrity.O.B encouraged the current cadre of journalists to always stay firm in protecting the national interest rather than the few elite.

Philip Osei Bonsu stressed on the need for journalists to report only the truth and nothing else.He cautioned his colleagues against the embellishment of news items as it is against the ethics of their profession. Osei Bonsu went on to spur modern Ghanaian journalists to challenge the status _quo since that can help propel our nation to fruition.

The Ekosiisen host applauded the current crop of journalists for working hard in protecting the interest of the country.He believes the media in Ghana is radiant and vibrant despite the deficiencies in logistical support.

On the role of the media in contemporary Ghana,he believes the media is to serve as a watch dog for the country against societal- ills and has a duty to speak on issues that affect the livelihoods of Ghanaians.

The young intelligent journalist believes more work can be done in uplifting our traditional media however he advised his colleague journalists to embrace online media.

In his closing statement,Philip Osei Bonsu encouraged people who have vistas of becoming journalists to work hard .He reckoned that by working hard and upholding the ethics of journalism ,they can do well in the profession.