Adom FM’s morning show presenter, Captain Godsbrain Smart, has finally married his girlfriend, Cynthia Boamah, to end weeks of controversies since he proposed to her at a public function in the United States of America.

Captain Smart who is himself a chief from the Asante Kingdom with the chieftaincy title, Nana Yirenkyi Kumanin, was dressed in rich traditional kente outfit.

To make Cynthia’s joy complete, Captain presented her with the key to a brand-new 2017-made Toyota Prado.

The event was graced by some managers and staff of the Multimedia Group as well as powerful members of the clergy.

Also present was Ghana’s former minister of Defence under the Kufuor administration, Dr Addo Kufuor who is uncle to Captain Smart.

Below are photos of the event 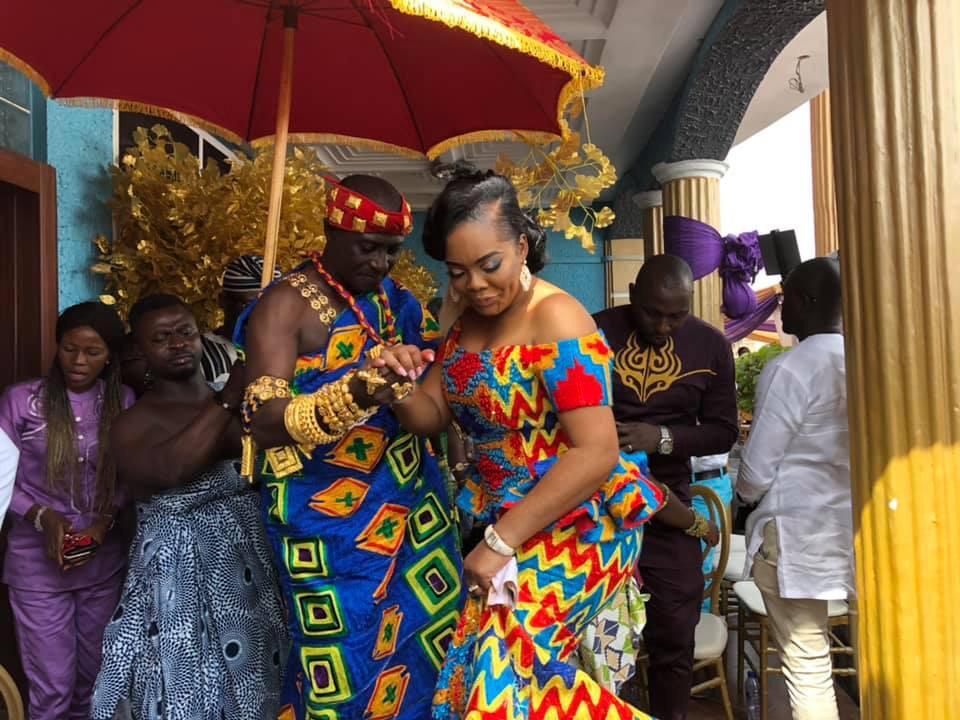