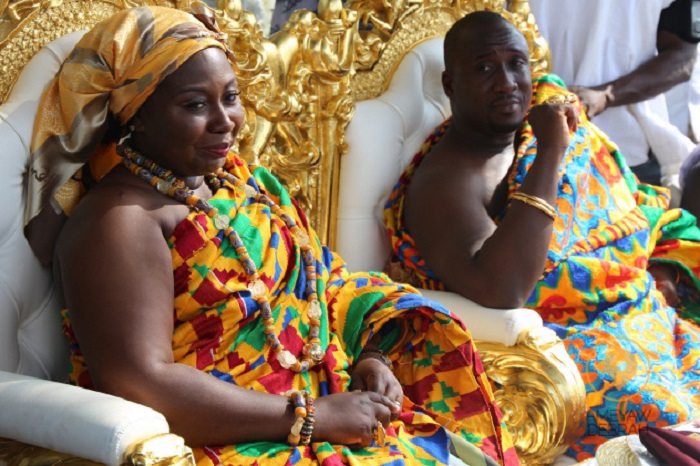 MEDIAFILLASGH.com can authoritatively confirm that the much-awaited royal baby girl of renowned

broadcaster and gender advocate Gifty Anti has finally been delivered.

The 47-year-old broadcaster delivered a bubbly girl Friday August 11, 2017 at an undisclosed medical facility in the national capital,Accra.

The first child of Gifty Anti becomes the fourth for her husband, Oyekechire Ansah Kwaw, the Chief of Adumasa Traditional Area in the Asuogyaman District of the Eastern region.

The ‘Princess of Adumasa’ as she is expected to be named in a couple of days according to a source close to the family, already has three siblings from her father’s side who are currently residing in the United Kingdom.

Oheneyere Gifty Anti got married in October 2015 to Nana Ansah Kwao, host of PM Express on Joy News Channel on Multi TV as well as ‘That’s my opinion’ on Joy FM.

Naming of the ‘Royal Baby’ is expected to take place at Adumasa in the usual traditional customs and attendance will be strictly by invitation.

MEDIAFILLASGH.com hereby congratulates the couple on the birth of their first child.

Check out photos below 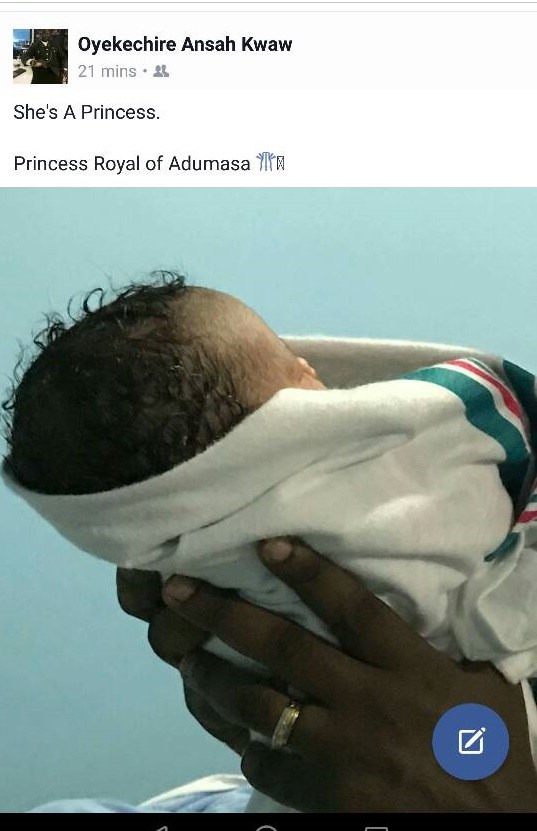