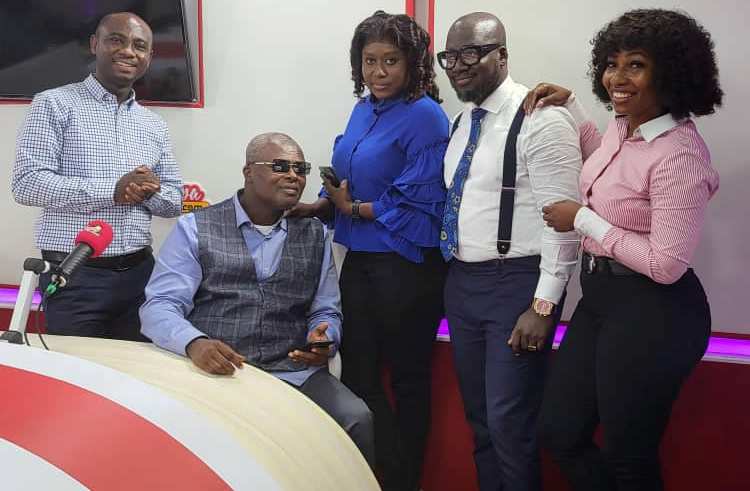 This website sighted a photo of the Sompa morning show crew as Omanhene Yaw Adu-Boakye, Nana Yaw Boamah ‘Libya Borga’, together with the Chief Executive Officer of the show Bright Antwi as well as producers Veronica Kukua Gyandoh and Akosua Somuah were seen in a beautiful smile posing for the cameras.

The Kumasi-based station which is located near Nurom Hotel, operates in the mass market with programming mostly in the Akan Language.

TeraONE Media Group is headed by Collins Amo Poku (popularly known as Tofiakwa) has other on air investments: Sompa FM and Sompa TV (all in Kumasi).

Folks in the Kumasi and its environs, scan your radio set and Multi TV digibox for Sompa 93.1FM and Sompa TV respectively.