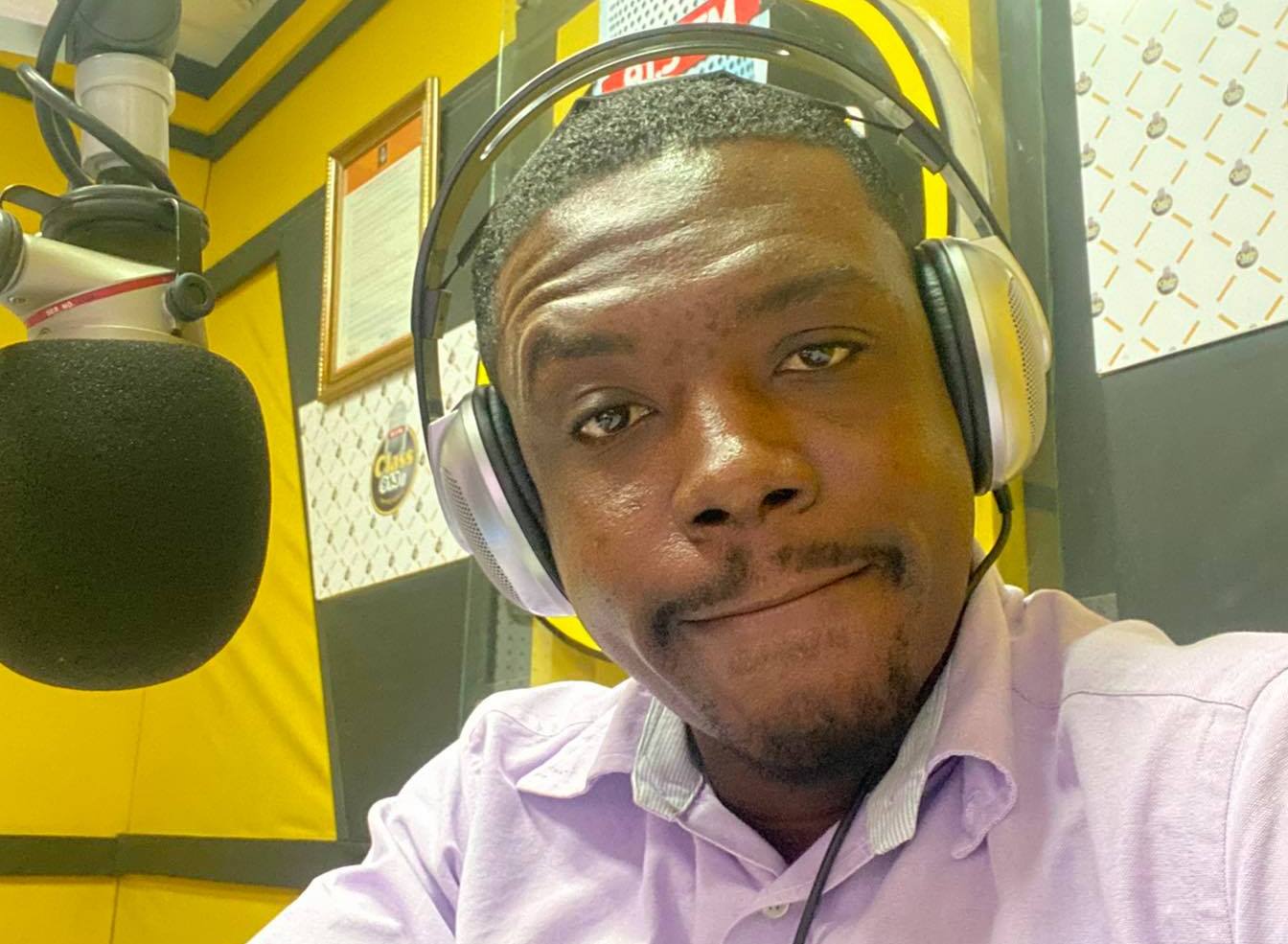 Of course, this is Prince Benjamin. And not your average chauffeur who normally drives you home and about on his ‘Class FM Limousine’.

But rather the Prince Benjamin who is rejuvenated with all the proverbial musical skills, that cut it as a singer and a songwriter. Yes, you heard it right.

This for now, is sounding like a joke through your lobes. But just wait for some few weeks till you hear the real Prince ‘B’ through your stereos.
Now wake up and unwrap the present as news or the news as present. Because whether we like it or not.

Prince Benjamin is not taking it in any other way than a musician, if not a singer. Either the latter or the former, Prince Benjamin has taken to the microphone for your information.

One could fathom where all your questions are heading to: such as, is he an actual singer or a musician?

Is he not just a radio presenter? Since when did he become a songwriter?

Well folks, whether he became a musician overnight or whatever it is, he is here to stake a claim and prove a certain point. As to how many points we do not know yet.

And as to how he is going to do it he said: “Maybe long overdue. Maybe this is the best time. Whatever be the case, I am dropping an official song for the first time this month and it’s called “Psalm 91.”

“This is a freestyle I did and took seriously enough to consider as a debut. I am happy and nervous to share it with you in this month of August.

And with regards to the date of the release he said:” I shall communicate the day in good time, but I am looking at releasing it ASAP!

“I Hope you like the cover art, and you anticipate this release. It will be worthwhile!”. Some even are of the opinion as to how he is going to be balancing his radio profession aside that of his music.

And just in case, all things became equal, Prince Benjamin’s family members, fans and friends would say, it is none of our business. And that is rightfully so.

Should we take him seriously or not, given his profession as a known radio presenter. Better still, one could also give him a chance devoid of doubt.
Because there are numerous others either dipping their hands in other unknown pies, to unearth their second talents or swapping professions completely.

If this is seen and witnessed in America and the world over, why not in Ghana. Andy Dosty of Hitz FM has done it before, and so did Kwame Adinkra of Pure FM and now to the Prince of Class FM.

Some musicians are acting while some actors and actresses are also singing. So, the super challenge and onus is absolutely on Prince Benjamin. Since he knows what some musicians go through given his experiences with some of them as a radio presenter.

Make a date with the Chaffeur Prince Benjamin on his Drive Time show which airs every weekday from 3pm. to 7pm. on Class91.3 FM.

Let’s get ready for the song and digest its content.