Philip Kwabena Agyemang Appiah-Kubi, best known in the radio fraternity as Roman Fada, has taken over as the host of Atinka Lunch Time show on Accra based Atinka 104.7FM.

Roman Fada, who has been the host of the mid-morning show since the Atinka FM started operation in February 2015, will now handle Lunch time on the Avenor-based station. Since his entry into radio, Roman Fada has become a household name and has won the hearts of a myriad of radio listeners in Accra and its environs. Roman Fada is on board to change the face of afternoon radio in the capital. 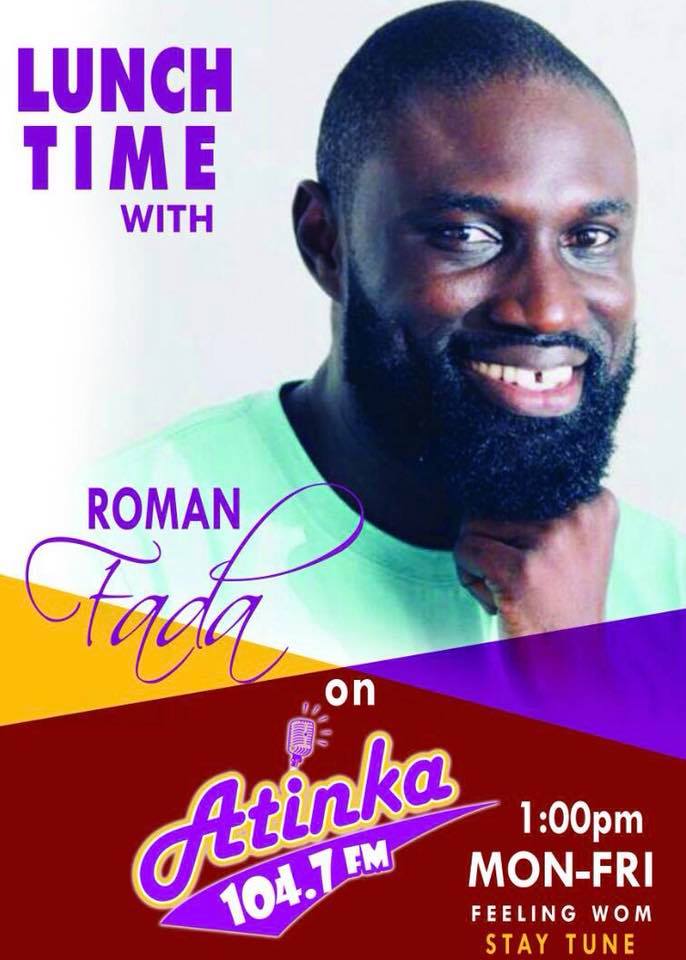 Roman Fada, known for his soft and silky voice will be best choice for the Lunch time show which runs from Monday to Friday between 1pm and 2pm.

Roman Fada, who has been in the fraternity for over a decade has previously worked with Radio Mercury, Jem FM, Sikka FM among others.

He is also the host of Tete Nwom, a highlife music radio show on Saturdays between the hours 11am and 2pm.

McBrown shows off her Plush Mansion in latest video