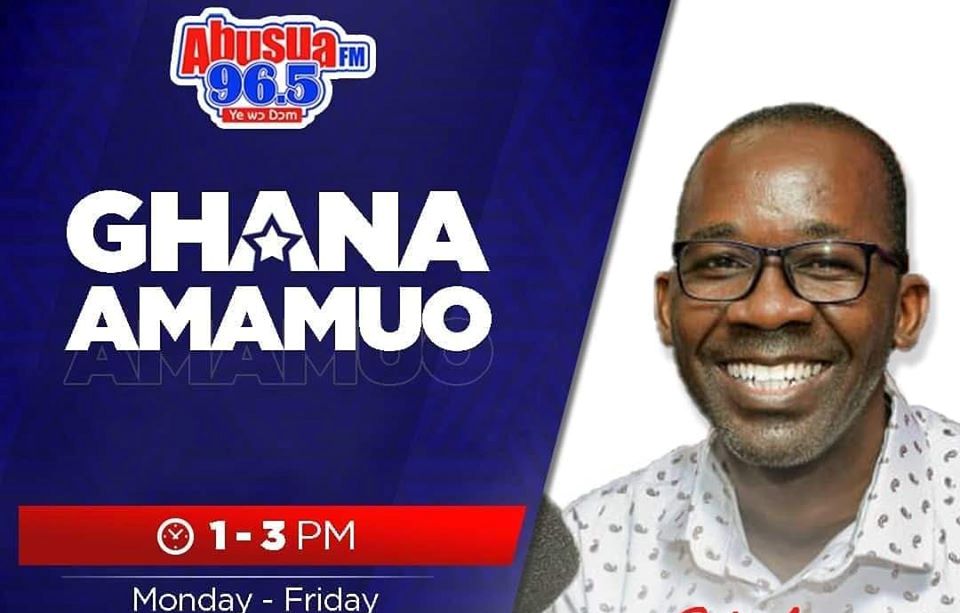 Renowned radio personality and co-host of Kumasi based Pure FM’s flagship morning show, Kojo Bimpong Marfo (affectionately known by many as Kojo Marfo) has called it quits with the network, barely a year and half with the Angel Broadcasting Network (ABN), www.mediafillasgh.com can authoritatively state.

And yes, according to our sources, the cool, calm and collected broadcaster has taken up a new job at the EIB network as the host of the afternoon socio-political show dubbed “Ghana Amamuo” on Abusua FM in Kumasi.

The show commences on Monday, 1st June 2020. It airs between the hours of 1pm and 3pm weekday.

Indeed, close source report indicates that the astute broadcast journalist will still be on the Pure Morning Drive as a pundit.

This comes as a big surprise move for cherished listeners of both Pure FM and Abusua FM since no one expected this move.

Previously, he worked with Angel FM before joining Kapital Radio and later Metro FM all in Kumasi.