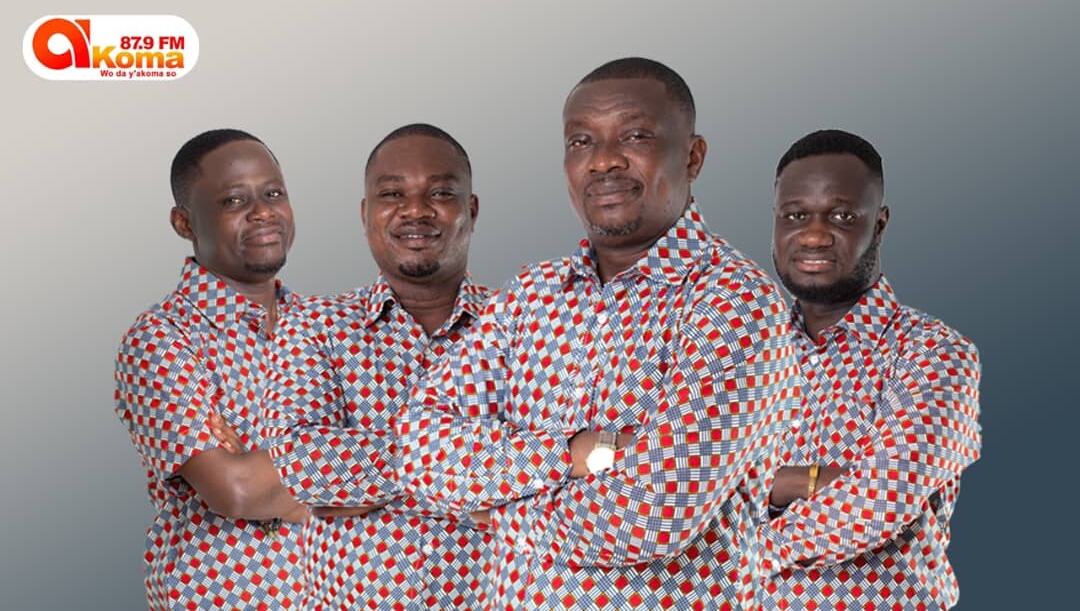 The much-awaited Akoma Sports crew is expected to take over the sports fraternity in the Garden City of Kumasi by storm as he begins his first ever show on Akoma 87.9FM, a subsidiary of Media General on Monday November 1, 2021.

Richardo Suarez Pepe as well as the entire team, was ushered into his first ever show by celebrated sports broadcaster and host of Pure Sports, Bright Kankam Boadu and popular Kumasi-based man of God Rev. Emmanuel Osei Yeboah (affectionately known as Sofo Emma) with an opening prayer.

One of Ghana’s favourite cheer leader Baby Joe was also on the show to officially welcome the new sports crew with his usual antics.

The highly influential sports team promised to deliver nothing but the best to the people of Kumasi and Ghana as a whole.

The Akoma sports crew comes on your airwaves from Monday to Friday between the hours of 7.00am and 7.30am as well 3pm to 6pm.

Congratulations to the entire crew on their new journey!