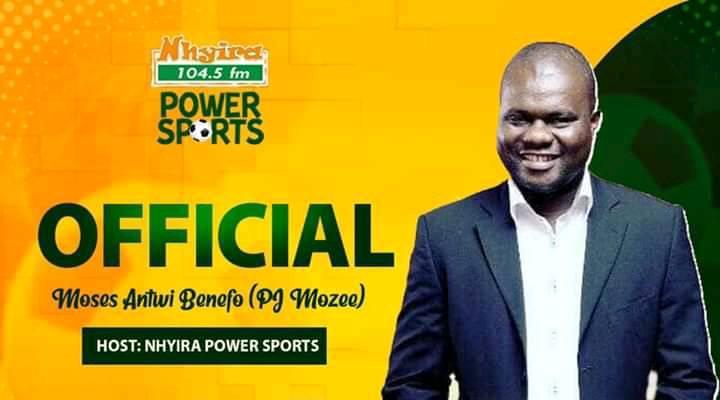 The former Academic and Matured sports show host will rejoin the Multimedia Group Limited as the substantive host of Nhyira Power Sports.

The highly-respected broadcast sports journalist will officially be unveiled by his new employers on Monday September 7, 2020.

The Official Unveiling Ceremony comes off Monday between 10.00am and 12pm on the Nhyira Power Sports – www.mediafillasgh.com can confirm.

The official announcement which was made by the Programmes Manager of Nhyira FM, Fiifi Ocran (Okukuseku) on the Power Sports show this morning.

He therefore replaces Countryman Songo who came in from Adom TV as a stopgap host after the exit of former host Bright Kankam Boadu.

This portal can extensively disclose that a new pundit will be coming on board from Monday.

Congratulations PJ on his new adventure!