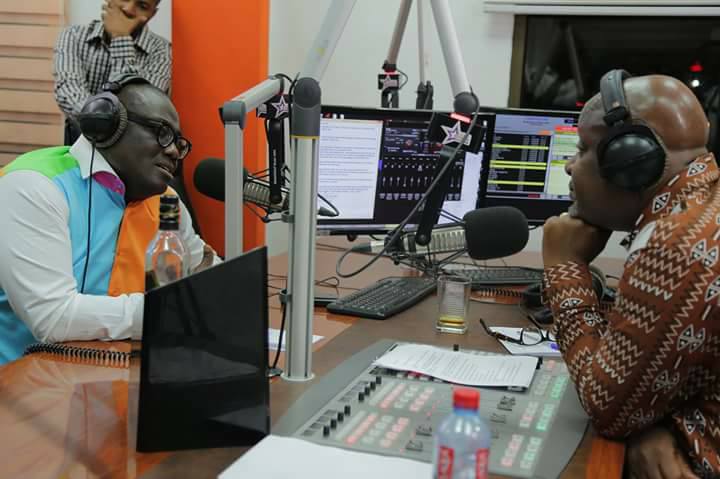 This was a special edition of the show since it was the first time regular host and CEO of the EIB Network Nathan Kwabena Adisi appeared as a guest and was been interviewed by another broadcaster as he turned 40 yesterday.

The CEO of EIB Network Nathan Kwabena Adisi revealed that he would be launching his biography in April 2017.

“I have a book coming up about me in April 2017. I told my story as it is in my book,” he told celebrated Ghanaian broadcaster Kwami Sefa Kayi Wednesday March 1, 2017 on Starr Chat.

Appearing on the show as guest instead of the regular host, Mr. Adisi popularly known as Bola Ray said he felt comfortable at 40 to be the CEO of a media conglomerate but definitely not in his comfort zone.

“I have not arrived yet,” he intimated.

Bola Ray, who began as an ‘ordinary’ presenter two decades ago, climbing up the levels to become a media mogul, elevating many young talents into positions of power said he planned his success in the industry some 20 years ago.

“I planned towards this day when I was 20 years,” he said, adding he is always excited when he sees people enthused to be great people.

Touching on his exit from the Joy FM, he said he left because he wanted to give others the opportunity to shine.

For more on the interview, download and listen the full interview here:

CLICK AND WATCH THE FULL VIDEO OF THE INTERVIEW HERE/BELOW