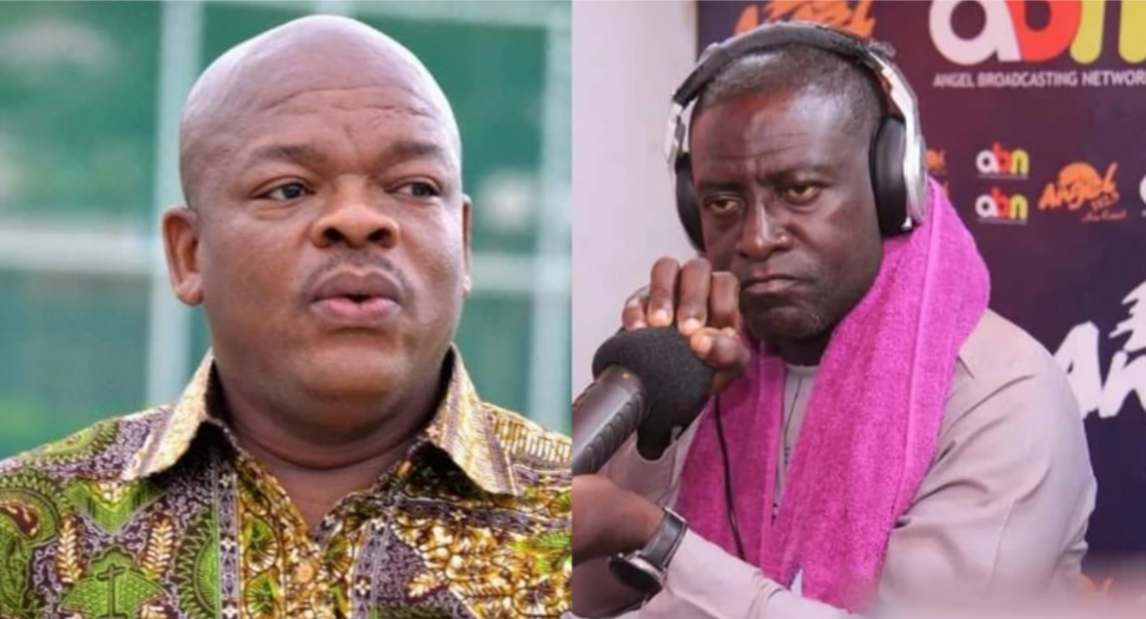 Speaking to Kofi Adomah on his talk show, Kwame Dzokoto expressed shock that Captain Smart who was suspended by Angel Group of Companies was hired by Media General because he is not an honest person.

According to him, the now presenter at Onua FM and Onua TV has no talent and is only after the fame which he does by insulting leaders.

“The other time I heard Captain Smart insulting me, he was on the radio saying Dzokoto killed his talent … no no no, everything I do, I know why I am doing it and I believe in honesty. He insulted me but I don’t want to descend on his case,” he said on Kofi TV.

Speaking out of disappointment over what Captain Smart said about him, he added that “let’s go the police station around your Fox FM workplace and check the records over there about your criminal cases. Have you heard that I have ever had a police case?”

“If he is a man he should come so we talk about his cases, story by story … he said politics has killed my talent, did anyone tell you he was going into politics to make money, if you have such thoughts, keep it in your mind. Maybe that is your mind that politics is about money,”

“When they were contesting the last time, didn’t NDC people give you money to go and share for Western media people? All these things we know, me I blame my party on it,” he said.

Asked if he as evidence to his claims, he responded that

“I have dared him, I don’t want to talk too much about the issue, he is even not honest to speak about politicians… I am surprised that Media General has employed him“.

“don’t you do a background check about people before you employ them? Eii this country too“.
“Look what he did to even his former employers, trying to bring a whole empire down, Na you is it through you that Kwaku Oteng can be brought down?” he quizzed and add that “his image will spoil the company”.

“He is not even talented. The only thing he is doing insulting the elderly to make fame, you see that the new place where they warned him that he can’t insult, where is he now? He is now like a bird that has been beaten by the rain. If I am media General, I will never employ him,” Kwame Dzokoto said.