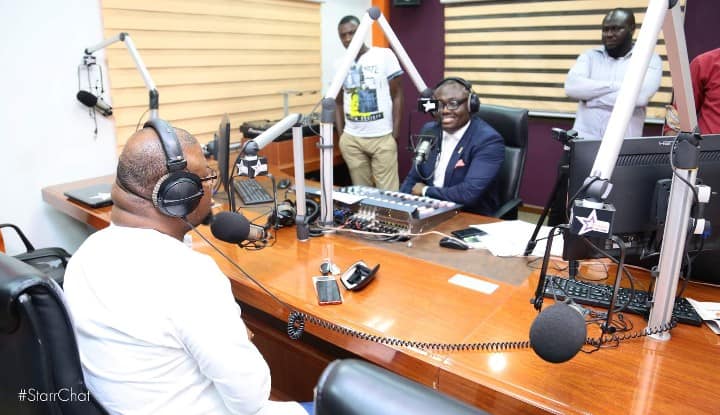 The former morning show host of Accra based Kasapa 102.5 Fm, Fiifi Banson has dismissed reports that he’s heading back to Peace FM.

There have been speculations that the ace broadcaster otherwise known as “The Dynamite” whose three-year contract with the Excellence In Broadcasting (EIB) Network, operators of Kasapa FM ended on 1st May, 2018, was going back to Peace FM from where he joined the former.

Fiifi Banson told Bola Ray on Starr Chat Wednesday that he’s quit doing radio and now rather pursuing other interests including sports content production and focusing on his work at the Africa Centre for Sports Studies at the Zenith University College in Accra.

Ace Broadcaster, Fiifi Banson also in the interview said while growing up, a woman broke his heart that he could not work for three weeks.

According to him, he loved the woman and thought he could build a life with her but she had other dreams so they had to break up and go their separate ways, a development that affected him physically and emotionally.

He mentioned that while dating the unnamed lady, he never cheated on her and till date is yet to come to terms as to why she opted for a separation.

Fiifi Banson indicated that after the break-up, he could not work for three weeks because he wept uncontrollably and thought his entire life had come crumbling down.

Celebrated Broadcaster on StarrChat however rendered an unqualified apology to Sony Achiba for “destroying” his music career.

Artiste Sony Achiba in several interviews blamed Fiifi Banson for being the cause of a down slide in his music career. According to him, Fiifi Banson’s bad comment about his music killed his career.

But Speaking to Bola Ray on Starr Chat, the Broadcaster indicated that he never knew Sony Achiba got offended by his comments about his song.

He mentioned that anytime they meet, they will have a drink together.

He used the opportunity to apologise to any toe he stepped on during his career.

He’s known for his high sense of humor and unique baritone voice, and woke up listeners of Kasapa 102.5 FM in Accra and beyond with his morning show, “Anopa Kasapa” where he conducted great interviews and produced great compelling content.

Fiifi Banson is the host of Football Legend show on GhOne TV also under the EIB brand.

Full Video of interview below:

Check out photos below: 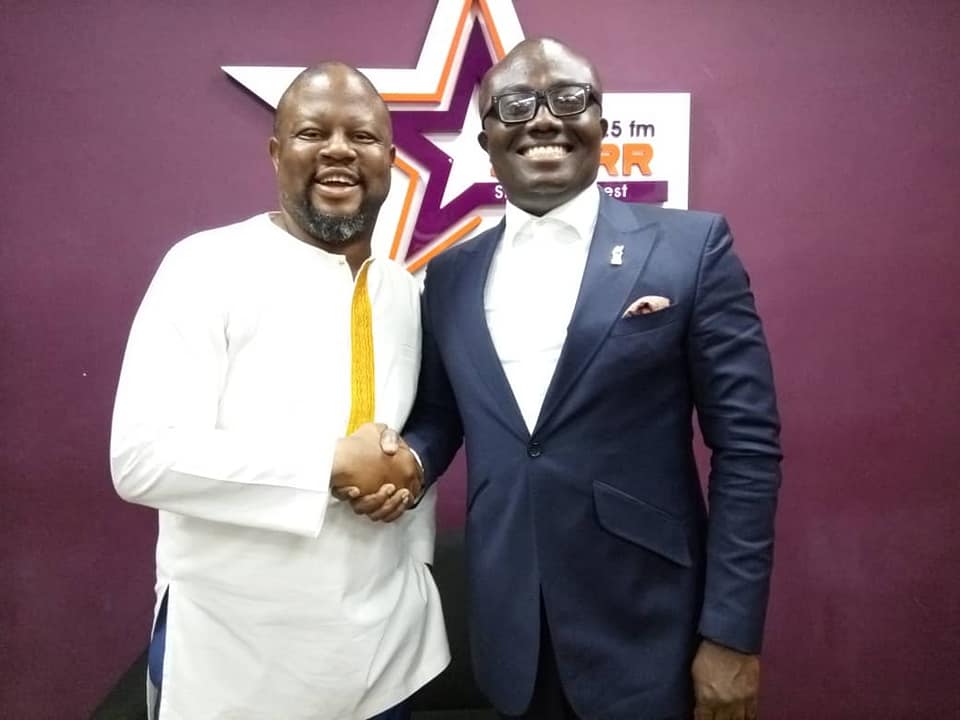 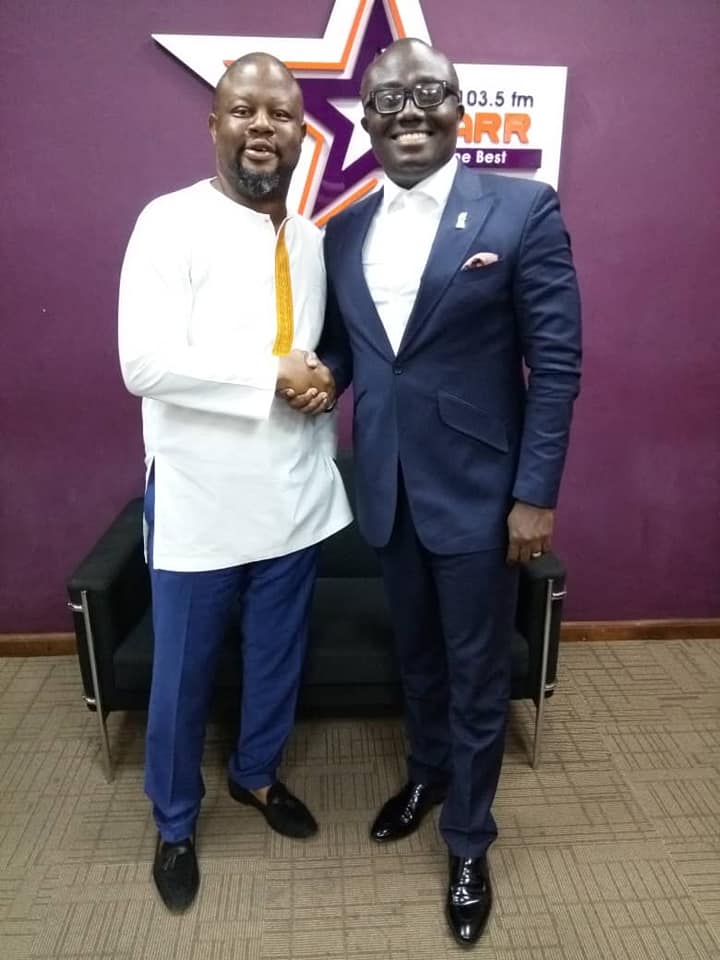 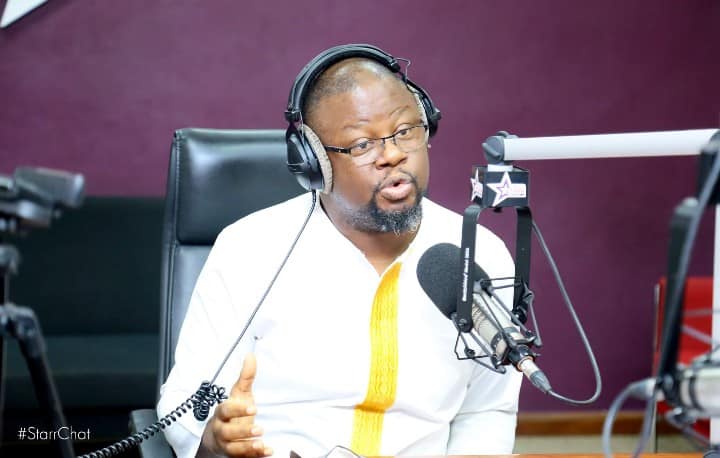 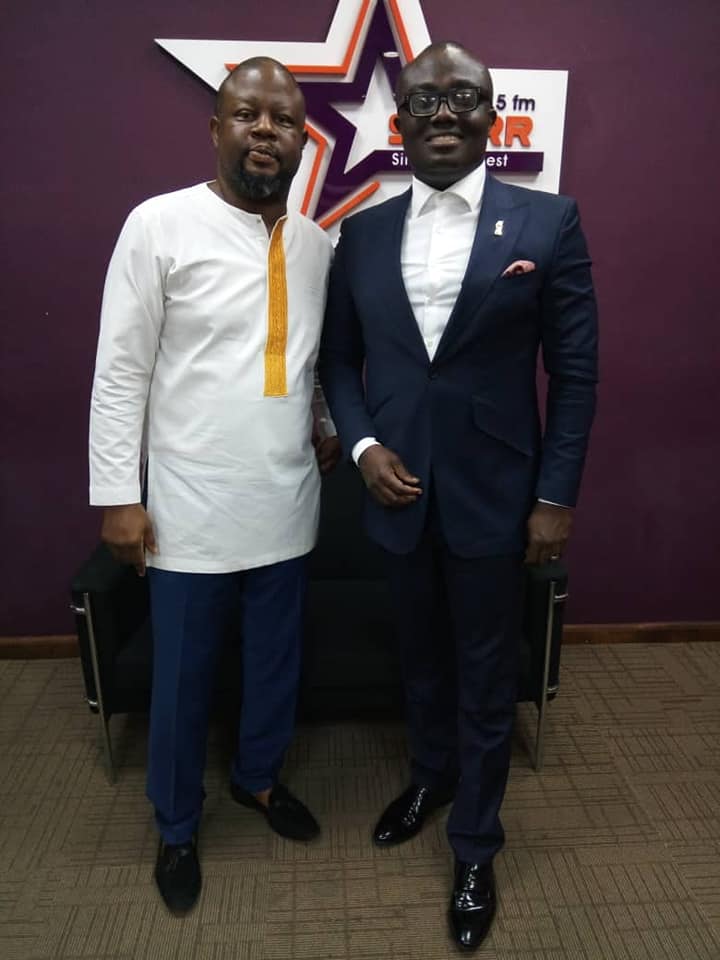 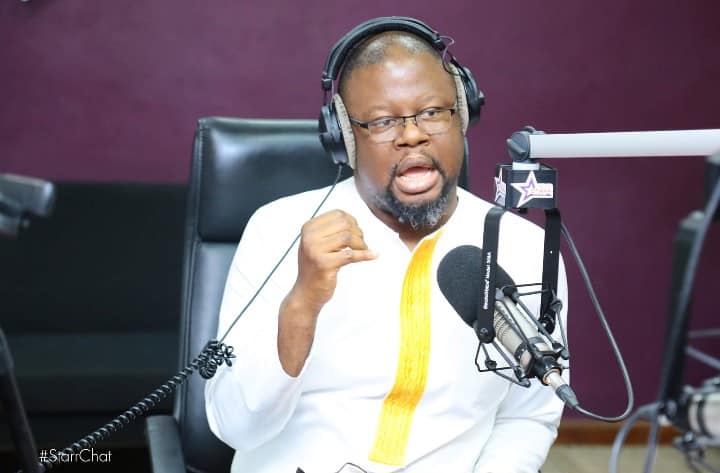