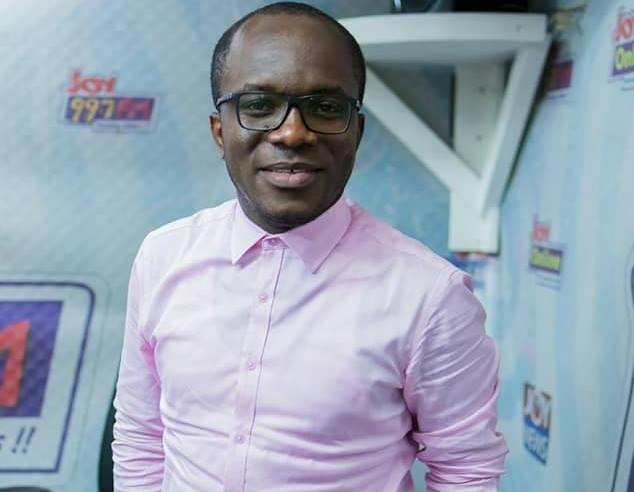 In the year 2004, was when a young Ghana Institute of Journalist (GIJ) student was finally accepted to intern at The Multimedia Group Limited after being rejected on two occasions.

JoyNews Editor, Evans Mensah with his perseverance and determination to see his childhood dream fulfilled did not give up until he got one foot in the doors of the media establishment.

Born in Abossey Okai to a single mum and bred by his grandparents in Koforidua, Mr Mensah, now Head of JoyNews’ Political Desk refused to let his poor background tie him down.

He believed that to cause change he had to be the voice for the vulnerable and marginalised people in the society.

“I knew I was going to be a journalist in JHS 1. I was on my way to school and I saw these kids who were playing at the banks of the Korle Lagoon. I said to myself, ‘I wish I can tell their story’, and thinking about it I knew if I became a journalist I could do that,” he recounted.Evans Mensah: The making of a Ghanaian political reporter

Mr Mensah after being offered the internship opportunity did not just end there, he took every chance that came his way into a stepping stone that has over the years propelled him towards achieving his ultimate dream.

Today, Mr Mensah is a graduate of the London School of Economics and host of one of Ghana’s authoritative news analysis programme, Top Story on Joy FM.

“I am even surprise that I am doing politics because I do not know when that became part of my being. Interning here in 2004, which was also an election year and I remember I covered the Odododiodoo constituency and that was my first time I extensively engaged in politics reportage.”

With the media landscape changing, Mr Mensah at the stage of his career says he always looks forward to improving himself.

“The thing about journalism is that your audience will judge you. Nobody else will; not your boss or even the HR [Human Resource Manager].”

It has been a 16 year journey for Evans Mensah, so as the Multimedia Group celebrates 25 years of excellent and impactful journalism, the contributions of dedicated journalists like him are worth mentioning as his efforts have added to the beautiful tapestry woven by the media conglomerate in the country.

The Multimedia Group, therefore, celebrates Evans Mensah with a very big “Ayekoo” and looks forward to more life-changing stories from this irreplaceable member of its team.

McBrown shows off her Plush Mansion in latest video