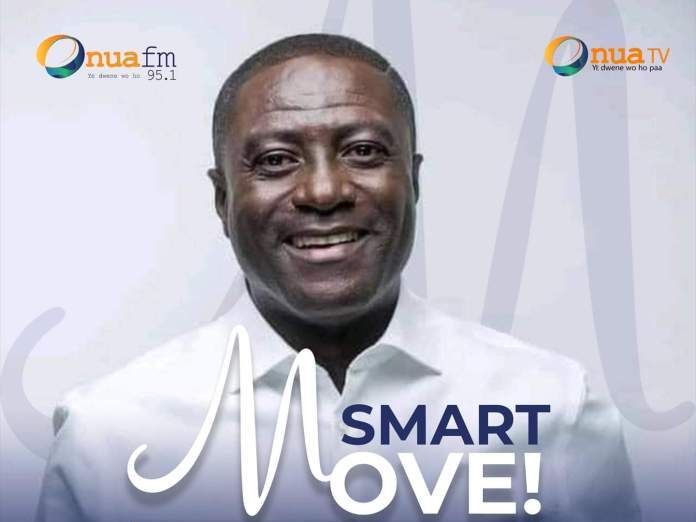 The Inspector-General of Police, Dr. George Akuffo Dampare has been told that he has fourteen (14) days to cause the arrest of controversial media personality Godsbrain Captain Smart.

The IGP, according to Ernest Owusu Bempah of the pro-government group, FixingTheCountry Movement, should order officers of the Ghana Police Service to arrest Captain Smart else a ‘citizens arrest’ will be activated.

Speaking on Wontumi radio, Ernest Owusu Bempah alleged that a bench warrant has been issued by a court for the arrest of Captain Smart.

He alleges that Captain Smart has in his possession a vehicle owned by the Chief Executive Officer of Angel Group of Companies.

Owusu Bempah said that the Dampare appears to be dragging his feet on the arrest of Captain Smart and has therefore given him two weeks to effect the arrest else he will take matters into his own hands.

Owusu Bempah said as a ‘citizen vigilante’ he has been clothed with powers to arrest a suspect and hand him over to the police and will embark on such cause if the IGP does not take advantage of the fourteen-day window.

“I have given IGP two weeks to arrest Captain Smart because there is a bench warrant for him. He stole Kwaku Oteng’s car and a bench warrant was issued for his arrest but it has not been done.

“We (#FixingTheCountry Movement) are giving him (Dampare) two weeks to arrest Captain Smart else we will do it ourselves. If we do it, no one should blame the president. If Reverend Owusu Bempah could be detained by the IGP and no one would complain then Captain Smart is not above the law.

“When the time comes and we take action, no one should accuse us of misbehaving because we have citizen vigilantes. We are citizen police and we will not allow Captain Smart to disrespect the court. We will arrest him and hand him over to the IGP. It is not a big task, we can easily do it,” he said.

Captain Smart, it will be recalled left Angel Broadcasting Network in May this year with loads of controversy.

He was initially asked to proceed on indefinite leave over what the management of the ABN stated to be the use of foul language against key government officials and failure to adhere to counsel from Kwaku Oteng who is the CEO of ABN.

He subsequently joined Onua TV where he is the host of their morning show.