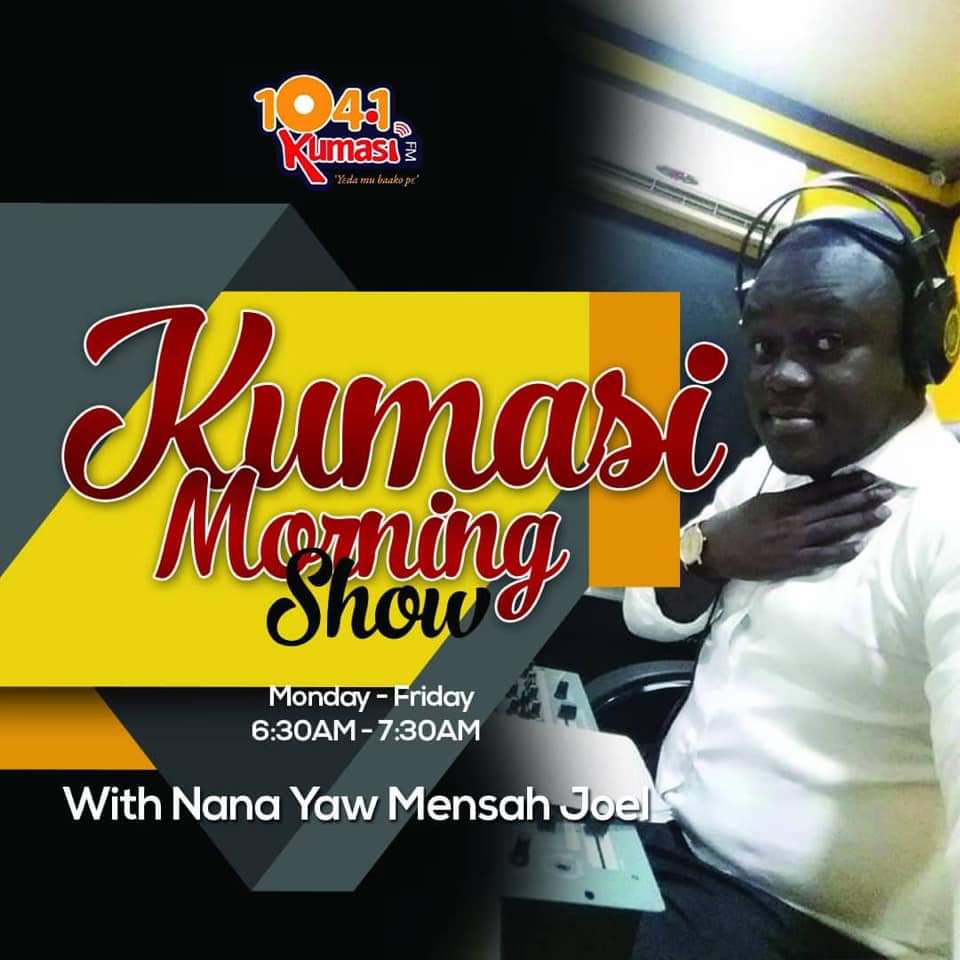 Agyenkwa FM has been on transmission, for a couple of months now. And it has resulted in most of their popular presenters saying their good-byes and joining new stations, to rekindle their passionate job.

Nana Yaw Mensah Joel, is the latest presenter who has left the station, and awaiting to start work on Kumasi 104.1 FM Thursday, 20th June 2019.

He announced his departure and new destination, on his Facebook wall and thanked Agyenkwa FM, (a subsidiary of Atinka Media Village), for the given opportunity to work with them for the last three years.

Kumasi FM, a subsidiary of Class Media Group (CMG), has witnessed a total overhaul of presenters after a new management took over, to take full responsibility of the date- to-day running of the station. To this effect, old and new presenters have been employed, to positively augment the station’s quest to compete fairly with their competitors in the Ashanti Region and beyond.

Joel will be in charge of Kumasi Morning Show running this and every weekday (Monday-Friday) between 6:30am and 7:30am. News anchor Obaa Adwoa Nelson will also be on the show for the news paper review segment.