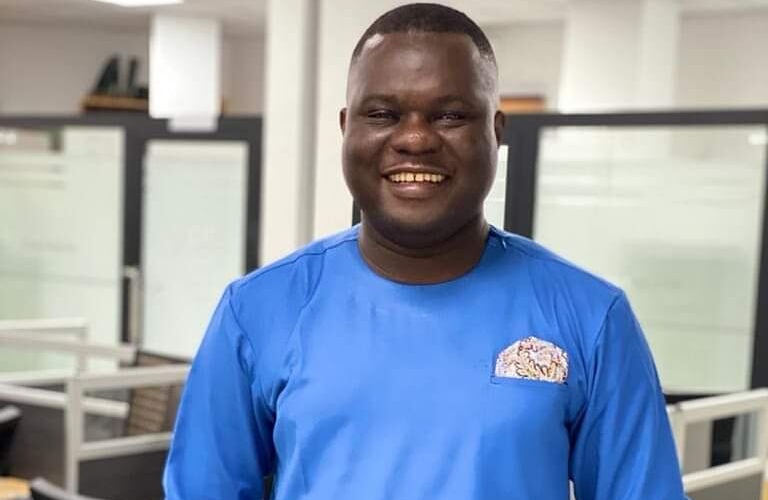 Folks do u remember this story, we did in the week! MASSIVE INCLUSION! ‘A Big Fish’ Joining Nhyira Power Sports In The Coming Days

According to Mediafillasgh sources, a deal has been agreed in principle for the former Academic and Matured sports show host to rejoin the Multimedia Group Limited as the substantive host of Nhyira Power Sports.

He therefore replaces Countryman Songo who came in from Adom TV as a stopgap host after the exit of former host Bright Kankam Boadu.

This portal can extensively reveal Moses Antwi Benefo who was an aide to the Chief Executive officer of Ghana National Petroleum Corporation (GNPC), Dr. Desmond Kofi Kodua Sarpong, a former CEO of Kumasi Asante Kotoko is set to resign in the coming week.

PJ Mosey as he affectionately called, is an old student of Prempeh College in Kumasi and Wesley College where he studied Mathematics and Physical Education.

He taught for three years at Anyansu L/A Junior Secondary School in the Brong-Ahafo Region. He later proceeded to the University College of Education Winneba, where his radio career took off in 2000.

He was a sports presenter on the campus radio station, Windy Bay. After school, he was posted to Sunyani for his internship and he taught at Odumasiman Secondary School alongside practising radio on Space FM and Sky FM.

Upon completing his service, he was recommended by a senior manager to the sports director of Fox FM and that ended his teaching career and the beginning of his radio career.

He later moved to Accra based Hot FM, a sister station of Fox FM and joined Asempa FM few years later as the host of the Ultimate Sports Morning Show.

The 2013 Best Radio Sports Presenter is hailed for spearheading the Asempa FM revolution, making it arguably the biggest sports station in the country during his three-year spell with the capital-based station.

Later moved to Kumasi to join Metro FM where he headed a very strong and complete sports team believed to be one of the strongest sports crew to have graced the Ashanti media fraternity nicknamed “The Academic and Matured Sports Crew”.

The Metro FM sports programme became the toast of whole bunch of ardent sports listeners both at home and abroad and as a result was crowned the 2014/2015 Best Sports show in Ghana.

In 2015, the ace sports journalist Moses Antwi Benefo graduated from the Sikkim Manipal University with Masters Degreee in Journalism and Mass Communication honours.

The highly-rated radio presenter,also worked with Accra-based Happy FM, graduated with aplomb having excelled throughout his 17 years in the media fraternity.

The well-respected journalist is an astute and brilliant radio personality who commands massive listernership all over the country.

His deep-seated knowledge and understanding of football is revered in Ghana and tipped by many to dominate the media landscape for years.

NOTE: Cherished listeners of Nhyira Power Sports should watch out for his voice on air in the coming week before he officially starts work.

Congratulations PJ on his return to the Multimedia Group Limited.