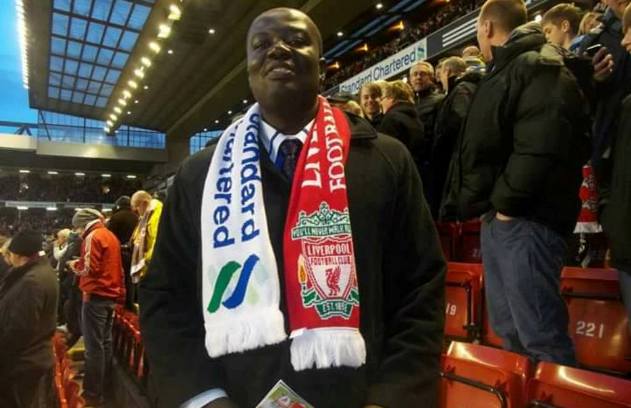 The body of late sports broadcaster, Christopher Opoku has arrived in Ghana ahead of his burial which is scheduled

to take place this weekend in Kumasi.

The six-hour flight from London of the body of the late 42-year-old ace journalist touched down Sunday evening at exactly 7:45pm at the Kotoka International Airport on a British Airways flight with the widow Mrs Vivian Opoku and three children who were met on arrival by family members, relatives and church members.

Sports broadcasters Yaw Ampofo Ankrah and Prince Anang who were two former colleagues of the late commentator from his days at Metro TV were also present at the airport.

The body of Mr Opoku is expected to be flown to Kumasi on Monday morning to begin preparations for his burial ceremony on Saturday July 15.

Christopher Opoku; affectionately known as Columbus gave up the ghost while he was in the UK, following a long-time battle with cancer on Wednesday, May 10.

The pre-burial rites will take place coming Saturday, July 15, 2017 at the residence of Christopher Opoku’s father located at Ahinsan Estate in Kumasi.

The remains of the late former GHALCA administrative manager will then be buried in his hometown, Asante-Akyim Domeabra after which the family and well-wishers will convene at the KNUST Poolside Park from 1-6pm.

Christopher Opoku’s funeral rites will be climaxed on July 16, 2017 also at the KNUST Park. 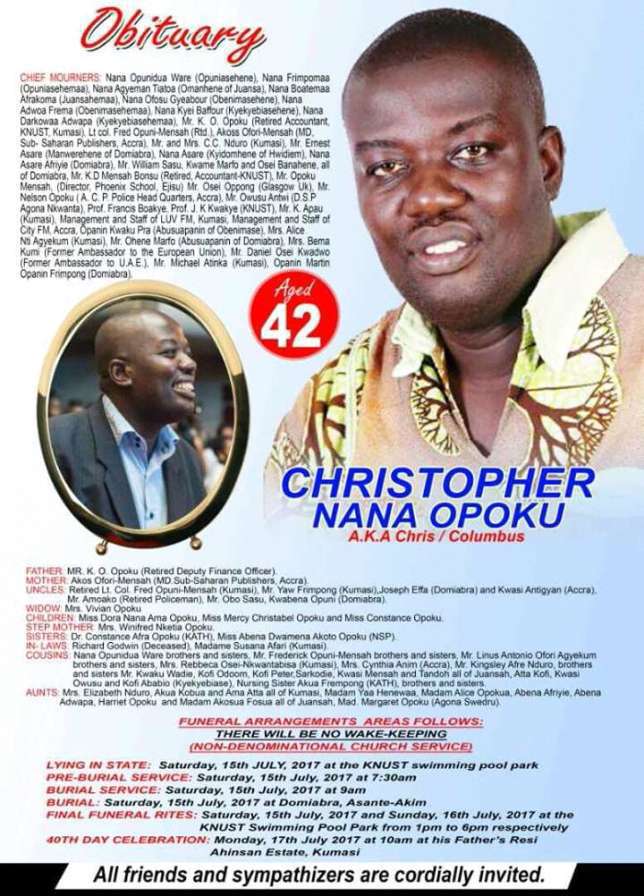 Columbus started as the host of a gospel show on Luv Fm, a station based in Kumasi where he was a student at the Kwame Nkrumah University of Science and Technology.

Chris then evolved to become one of Ghana’s known sports journalists. He worked with Asempa FM and Power FM before it was re-branded Starr FM.

Aside his work as a sports broadcaster, he had a strong passion for music, and he was heavily involved in running the music department of his church.

He will be remembered as a dedicated, passionate and very lively person and he will be missed by all who knew him.