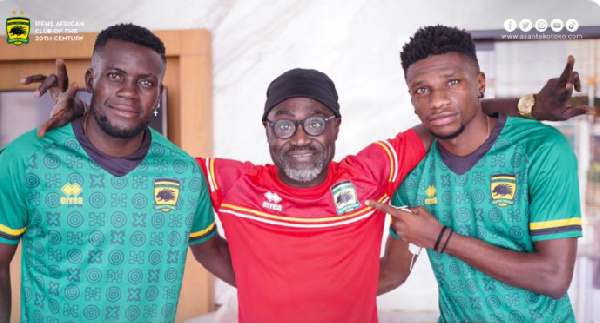 The Porcupines, via their social media handles, announced the appointment of the Multimedia Journalist as the club’s official match and project promoter.

The ‘Fire for Fire’ host in his capacity will ensure the promotion of the club’s matches and all projects the team embarks on.

“We are delighted to announce the appointment of @countrymansongo as a Member of our Communication Team in charge of Match and Product Promotion. Congratulations, Countryman Songo,” Asante Kotoko tweeted.

Congratulations to Songo on your new appointment.