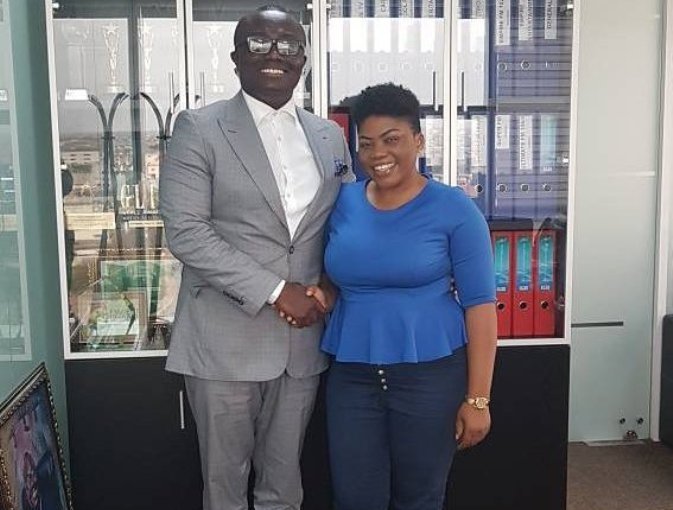 Your most credible media fillas portal in Ghana, www.mediafillasgh.com can authoritatively state without doubt that talented news anchor Keminni Amanor makes a sharp U-turn to EIB Network (GHOne TV/Starr FM) as she

officially pulls out of the TV3 move.

This comes as a very shocking news, hours after publication by the official website of Media General Ghana Limited, 3news.com confirmed, the media group has secured her services.

Reliable sources available to our outfit has it that the news anchor revoked her decision to leave EIB Network (Starr FM/GHOne TV) for TV3 after a crunch meeting with CEO of EIB Network, Nathan Kwabena Adisi popularly known as Bola Ray Wednesday evening.

Bola Ray after the successful meeting shared a picture of himself and and the news anchor with caption, “With the Talented @Keminniamanor , Greater things ahead , 😀😀😀”

Before her decision to leave EIB, she was the anchor for GHOne’s brunch news, Newsroom where she doubles as a producer.

In 2014, she was nominated as the Best Television News Anchor in the RTP Awards as well as the Ghana Television Awards.

She’s carved a niche for herself in the media landscape with her alluring smile and unique style of on screen presentation.

Keminni shot to national acclaim for her story on corruption at the Agriculture Development Bank which ultimately led to the sacking of the then Managing Director.

Alumnus of St. Mary’s Senior High School, University of Ghana, and RABODEF, she holds a Bachelor of Arts degree in Sociology with Geography as well as a professional certificate in radio and TV broadcasting.