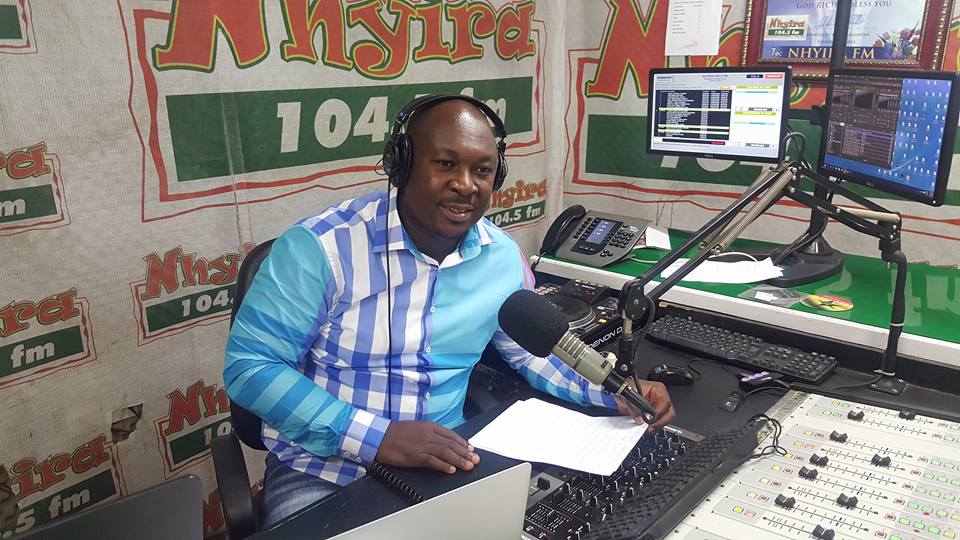 The big coup ever to happen to radio fraternity in Ashanti Region since the radio transfer season is far from over as information available to Ghana’s Reliable and the Most Trusted media fillas portal, www.mediafillasgh.com indicates that Popular Kumasi-based sports host and Nhyira FM’s Head of Sports, Bright Kankam Boadu (affectionately known as BKB) and his crew is leaving the Multimedia Group Limited (MGL) after five years with the media outfit.

Close source report indicates that Bright Kankam Boadu tendered in his resignation some weeks ago to officially leave his position as the station’s editor of Sports and host of ‘Nhyira Power Sports’.

This portal can extensively reveal that four top sports journalists mostly regarded as pillars for one of the most listened to sports shows in the Ashanti Region (Nhyira Sports) leaving with Bright Kankam Boadu are Christian Adusei,Andy Kacylas and Jacob Atsu Sebe (producer).

This portal can also reveal that Kwabena Afriyie Obeng (OB Thrice) who was heavily linked with a move to Wontumi Radio has eventually rescinded his decision, and would now be moving with BKB to Pure FM.

Your most authoritative media fillas portal, www.mediafillasgh,com can hereby state that BKB together with the crew are heading to Kumasi-based Pure FM, a subsidiary of the Angel Broadcasting Network (ABN) owned by business mogul Dr. Kwaku Oteng.

BKB and his crew are set to commence work at Patasi based station in the next few days.

The move by the Angel Broadcasting Network (ABN) to secure the services of these top sports journalists comes at a time when management of the media outfit is making efforts to set up a newly vibrant sports crew at Pure FM.

Congratulations to the entire crew on their new adventure.