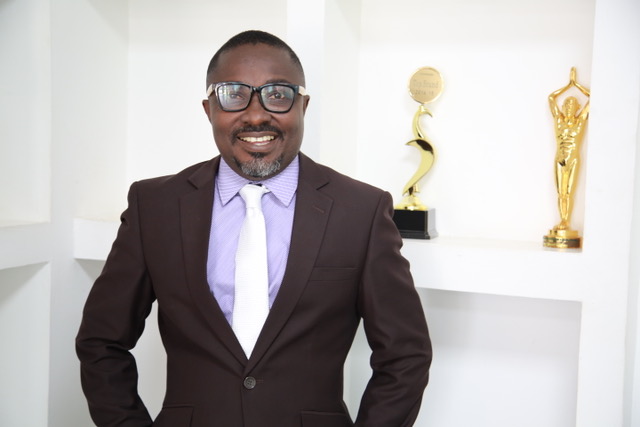 Paa Kwesi Simpson, arguably a leading and distinguished radio personality in the Western and Central Regions will steer the refreshed morning show, OMANBAPA with his unique style, strong personality and exceptional ability to engage and delight listeners.

Born and bred in Takoradi, the ace broadcaster has over twenty years’ experience in the industry with an illustrious career that has seen him work in a number of media houses within the Western and Central Regions. Until his appointment, he was with Skyy Power radio where he hosted a number of programmes.

Announcing his appointment, Francis Doku, Ag. General Manager for Radio, Media General said “We are delighted to have Uncle Paa Kwesi Simpson, as he is affectionately called, join our team at Connect FM as the host of our new, refreshed and delectable morning show, OMANBAPA. He will also help in other areas to bring a better and refreshing radio experience to the cherished audience of Connect FM.

“Paa Kwesi is a leading force in the industry with a distinct skill set and the unique ability to engage with the audience. His extensive experience in the region coupled with his passion to make a difference in the lives of the audience and community at large makes him an excellent addition to our team as we pursue our bold ambition to become the leading radio channel in Takoradi”.

Paa Kwesi Simpson’s two decades of experience in the industry started off as a panel member on Twin City Radio in the late 90s. He later joined Skyy Media Group in 2001 as a Sports Presenter and News anchor moving through the ranks, by dint of handwork, to become head of the Akan section of the station and host of Obaasima, a marriage Magazine programme. He was instrumental in the growth of the station.

In his remarks, Paa Kwesi Simpson said “I am truly excited to be joining Connect FM and the Media General Group at this point in my career. This is an organisation I have utmost respect for. Their ambition of becoming the leading media conglomerate in Africa and the leading voice for the continent inspires me a great deal. Their values and single focus on the audience resonates with me and I have no doubt that together, we will rule the airways in Takoradi and enrich the lives of our audience now and in the future.

“To all my people in Takoradi and surrounding areas, catch me live on OMANBAPA on Connect FM 97.1 FM every weekday morning from 5:50am”.

OMANBAPA will commence on 4th June 2018 live on Connect FM from 05:40am -10:00am Mondays -Thursdays and 05:40am -8:00am on Fridays. The morning show extraordinaire will have among others, segments on family, news and current affairs, sports news, newspaper review, The Big One and Community in Focus — a segment that caters to the challenges listeners face in their communities which are then taking up by the team at Connect 97.1 MHz for resolution by duty bearers.