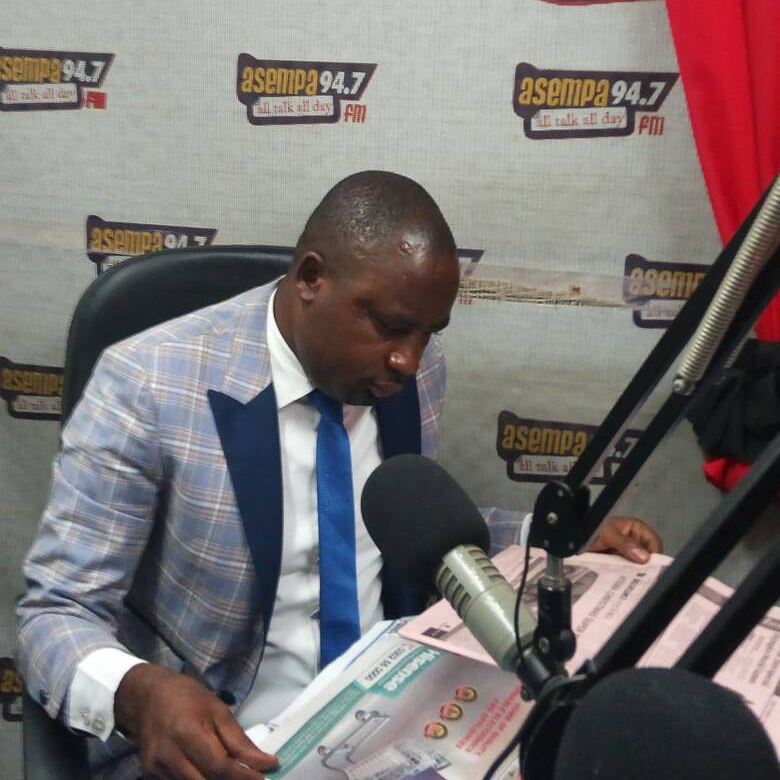 Respected and celebrated sports broadcaster, Charles Osei Asibey (also known as “The Barrister”) has announced he has officially joined Accra based Asempa 94.7FM, a subsiduary of Multimedia Group Limited.

The President of Ghana Armwrestling Federation confirmed he has found his way to the Kokomlemle based radio station – where he will now be part of the Ultimate Sports Morning Show crew.

The former General Manager of EMG Multimedia Limited made this revelation on his social media sites Monday morning:

It’s Asempa FM Now!
In answering the barrage of questions from my loving fans and sports stakeholders on my status with @asempa94.7fm , I wish to formally announce that I am with the Multimedia Group Ltd and on the Ultimate Sports Morning Show daily at 6am.

Join me and make the show yours.
Thanks for your patience and support.
#DespiteGroup
#GlobalMedia
#MultimediaGroup

www.mediafillasgh.com congratulates the Barrister on his new adventure at Multimedia.