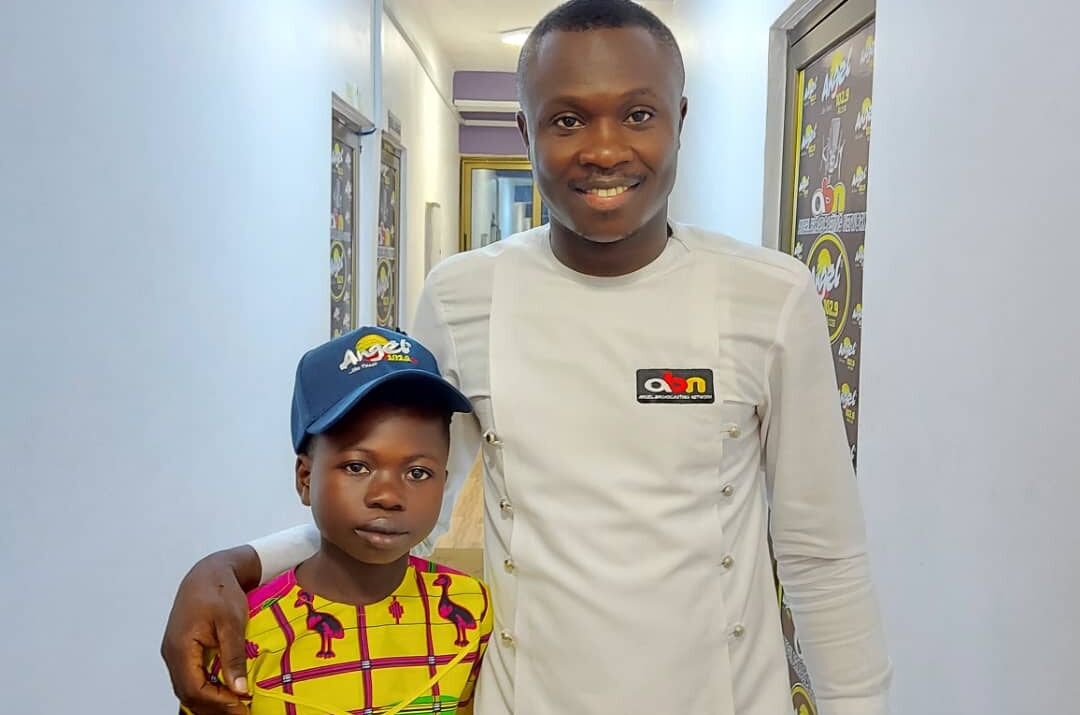 It should come as a little surprise that at the age of nine at least, one can proved himself to be a bona fide sensation.

Named after the former Member of Parliament for Assin South and Minister for Lands and Forestry during the erstwhile President Kufuor Administration, Dominic Fobih, the talented sports presenter was formally represented on the Sports Salad show last night on Angel 102.9FM in Accra.

Just moments after the young talent had showcased his brilliant presentation abilities, the Director of Operations of the Angel Broadcasting Network (ABN) and morning show host of Angel FM, Captain Smart entered in the studios.

Few minutes later the owner and bankroller of Angel Group of Companies, Dr. Kwaku Oteng called into the show to officially announce the Angel Broadcasting Network have signed the young prodigy even though he’s still young, to augment the already sterling sports team led by Saddick Adams The Sports Obama.

The nine-year old sports sensation indeed showed he is not just genius at sports presentation but enormously awesome at sports punditry.

Not so long ago, the almost 10-year-old, Dominic Fobih (also known as Young O5) effortlessly became very popular with a video of him serving his listeners the best of sports news on Assin Fosu-based Splash FM.

Fobih, coached by Nana Kweku Pascal and Mysterious O5 saw his video went viral on the internet few months ago.