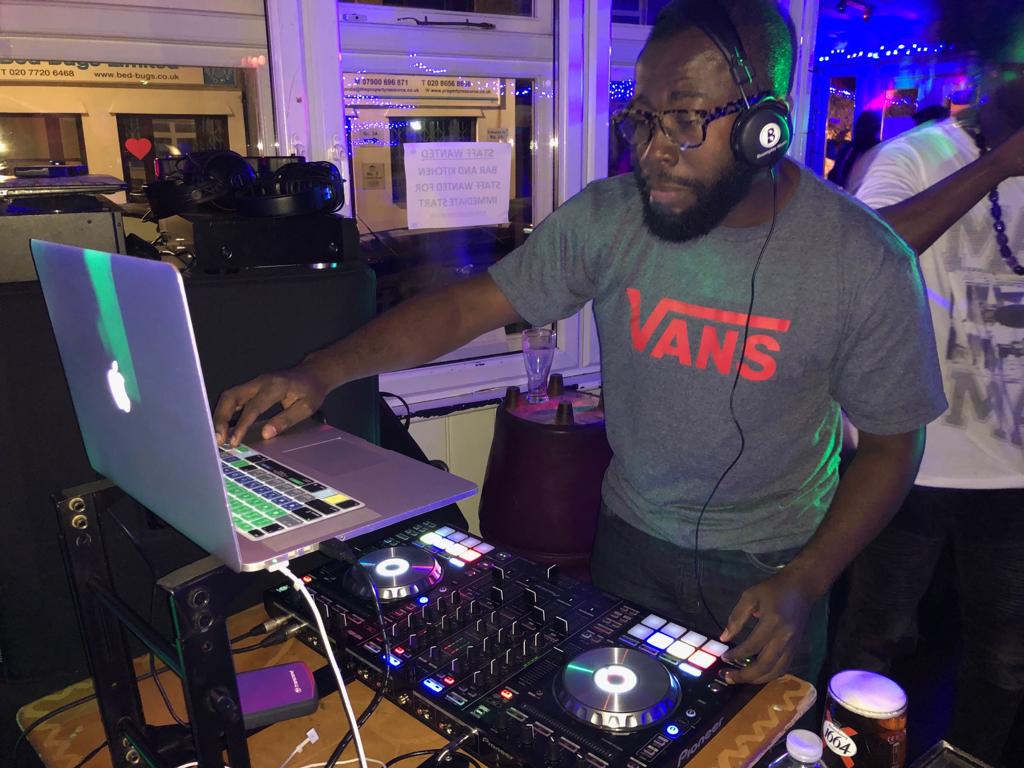 The Andy Dosty sensational experience was finally felt by some patrons who were catching the weekend vibes on Friday 1st of March 2019 at the Gold-Coast in Norwood, London.

DJ-PM as a resident DJ, set the dance floor rolling by setting the pace with some old school and 90’s classics, for about some three good hours of pure music expressions.

Having soaked up the dance floor with his skills and knowledge of the crowd as the resident DJ, The PM then made way for the introduction of the guest of the night by MC-DJ Clarke Pentoa.

Andy Dosty, then took over as the international guest DJ to unleash his mixing dexterity right behind the decks. Initially, he started with one of Kwesi Arthur’s songs, before jumping to some Hi-Life songs.

Although some revellers were sitting still in the beginning, and this was partly due to do the settings of the night to be honest.

However, Andy Dosty was able to lure the sitting crowd to their dancing feet as and when he started playing hits after hits thereby urging all ravers to shake what their mothers gave them (BUMBUM).

As an international DJ who has played to different crowds in various venues, he was able to read the crowd by pulling some tricks via his catalogue of music collections.

The highlight of the night was when a lady dancer by name ‘Iti’ asked Andy to leave the decks and come show or teach them how to dance to ‘Do The Dance’ by Eddie Khae. Andy did it. And everyone followed suit.

Mixing old school funk to the admiration of the crowd, The Hitz FM Breakfast Show host did not forget his roots as a Ghanaian Tourism ambassador.

And this was when he charged the crowd by challenging them with some new sounds from some new Hip-Life artistes.

Other disc jockeys who came to witness the night were DJ Sawa, DJ Invincible, and DJ Rolly of Specialist Crew fame.

As to how the night went, your guess is as right as some. Speaking to one of the revellers, a Jamaican lady dancer known as ‘Big Bum’ said: “ I think tonight is amazing, the way the place is packed with everybody’s energy rising to the DJ’s energy, and it is just right, them bad.”

DJ Slim said: “Wicked night”. And DJ Sawa, who could not get there early but seeing a glimpse and taste of the action said: “He is the best in the game you know, that is why I came down to see him play.”

Another Jamaican raver who calls himself Stan Jay also said: “Di deejay a bad man deejay” and in Patois that simply means the disc jockey is too good.

In a retrospective reflection, DJ Andy Dosty was personally put to the test to rate how the night went. And as a super star and international disc jockey, he said: “It was a good night, and I was expecting the whole of London here tonight.

“I think it was much due to the weather conditions of the night with regards to the attendance, unfortunately I did not see my people come in their numbers. But although it was my first time here, I would say it was good.”

“I am just hoping to come back to London and make it much better.” And as to when he is planning to come, he let slip of his impending tour with Batman Samini in America in April. And said they might include London as well.

Andy was also asked to compare the night to any of his nights in America and he said while laughing teasingly “Please forgive me, America is bigger. Then again when people realise you are back from home, they will come to see you play as tonight, but just much bigger.

“But I know this is winter to spring, so the next time around we will make it much better by announcing a good time.”

Someone shouted across the stage when the interview was ongoing and said “When are you coming back” to which Andy answered: “When the invitation comes.” 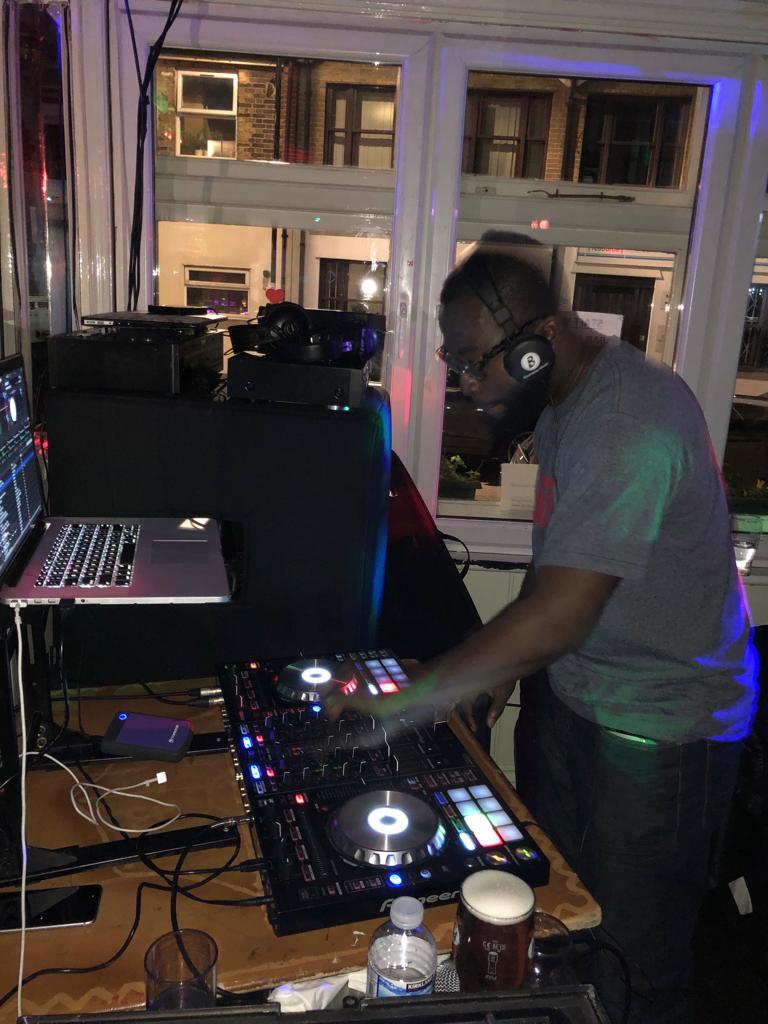 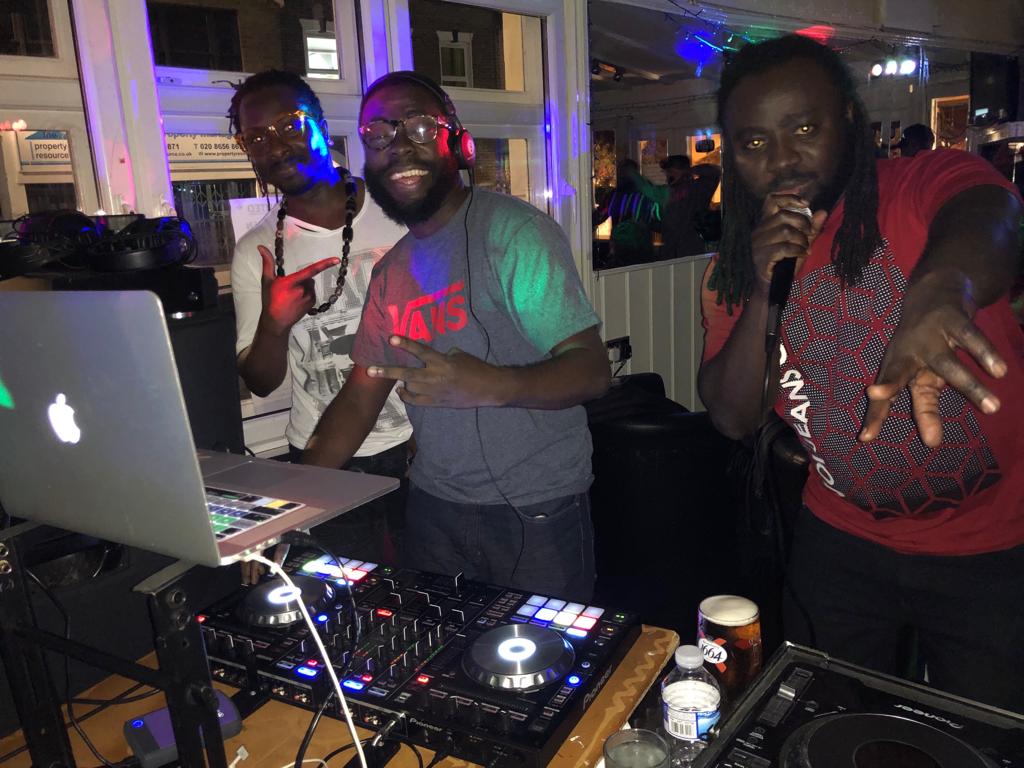 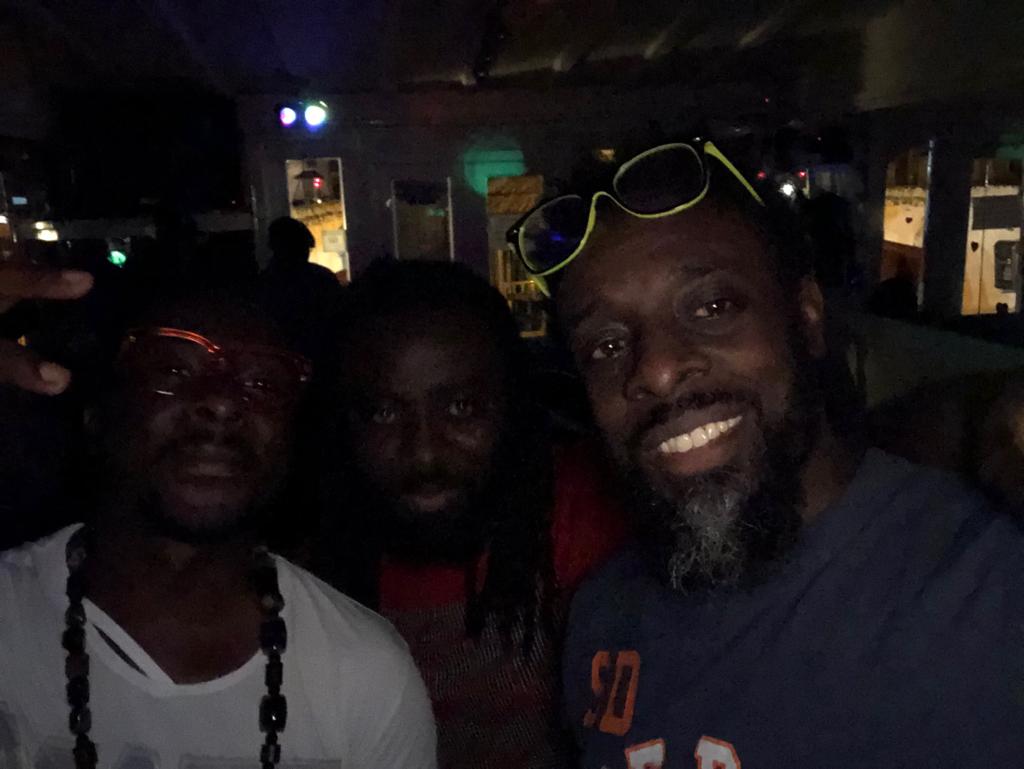