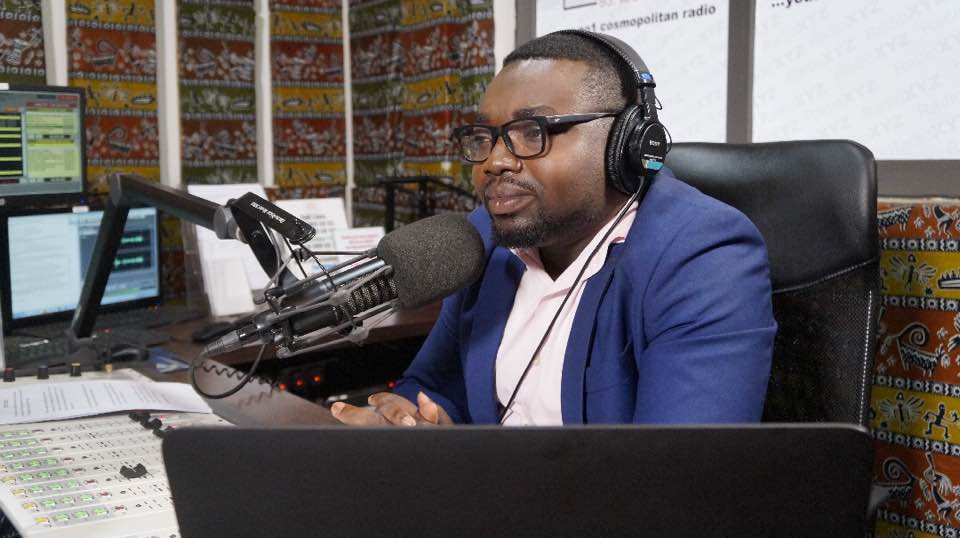 Prince Minkah a proven journalist who has worked with media institutions such as Citi FM, Ultimate FM, Class FM, TV Africa and Pravda Radio in various disciplines has recently tended his resignation and affiliation with Radio XYZ.

In November last year, when delivering a speech at the Bloomberg Africa Business Media Innovators Summit, held at the Kempinski Hotel in Accra, President Nana Addo Dankwa Akufo- Addo stated that, African Journalists have a duty to help change the image about Africa, and establish a narrative which is more positive.

He further said African media practitioners have faced many challenges ranging from a highly polarized media environment, lack of technological support, limited investment in the sector, poorly paid journalists, threats to their lives, corruption, and lack of requisite training.

So the entire and above mentioned media affliction is embedded and traceable within the Ghana media industry as an institution. This is so, because, Ghana is part of Africa as a continent too, so we will look no further.

Have you seen, read, heard or cared about the way and manner some of our radio presenters, journalists and other media personnel are being treated?

These professionals go through a lot of hustle in their various work places daily, monthly and yearly just to collect, collate and report news to you as mere servants of the fourth estate.

At least they deserve some sort of dignity and respect from their employers even if they are scantily paid, remunerated and even to some extent working for nothing.

Prince Minkah, arguably do not roll, move, work or change from one radio station to the other due to his inability to hold on to whatever role he is given at a particular radio station.

He rather prefers to move on as and when there are unprofessional barriers impeding his work flow as the captain, marshal or custodian of the fourth estate.

His radio journeys or jaunts have taken dotted turns and directions not because of his selfish gains or personal navigations, but rather the nature of the broadcasting terrains he finds himself in Ghana his home motherland.

He has a wife, child and family to feed like most of his media colleagues, but one thing is for sure. He does not believe in bending and curving the rules and roles to please the Politician at the expense of the public.

One will then be tempted to think, Prince Minkah is the one not to mess around with, given his status in the Ghanaian media industry with respect to his pedigree and experience.

“Because of their inexperience, they (Politicians) tend to force their ignorance on the flow of production and in some worse cases, forcing their political agenda”.

Another problem engulfing the stability and progress of the Ghanaian media industry is the fact that there are more potential radio or media employees than the availability of radio or media jobs.

In his explanation, he narrates that: “Because of the scarcity of jobs, some professional journalist or presenters and producers tend to settle for some of these jobs with unrealistic conditions, and when they can’t take it anymore, they then resign.

“And also some presenters are not lucky to be employed by people who understand what it takes to manage and even enhance their brands as a media institution”.

In finding a long lasting solution to these problems or challenges as done in Europe Prince said: “It is important, the media or on air talents start employing the services of agents who can draft contracts on their behalf or manage their talents onwards”.

Drawing a closure to his story, he said: “Finally most media houses lack human resource practitioners who understand the strategies in media and how it works”.

For now, the next solution to eradicate the stifling and strangling of our media people’s work is for the public to establish an independent radio station funded by philanthropists and the general public.

As the fourth estate and pillar of democracy, should Ghana media industry be left on the total disposal and shoulders of a present day Politician?