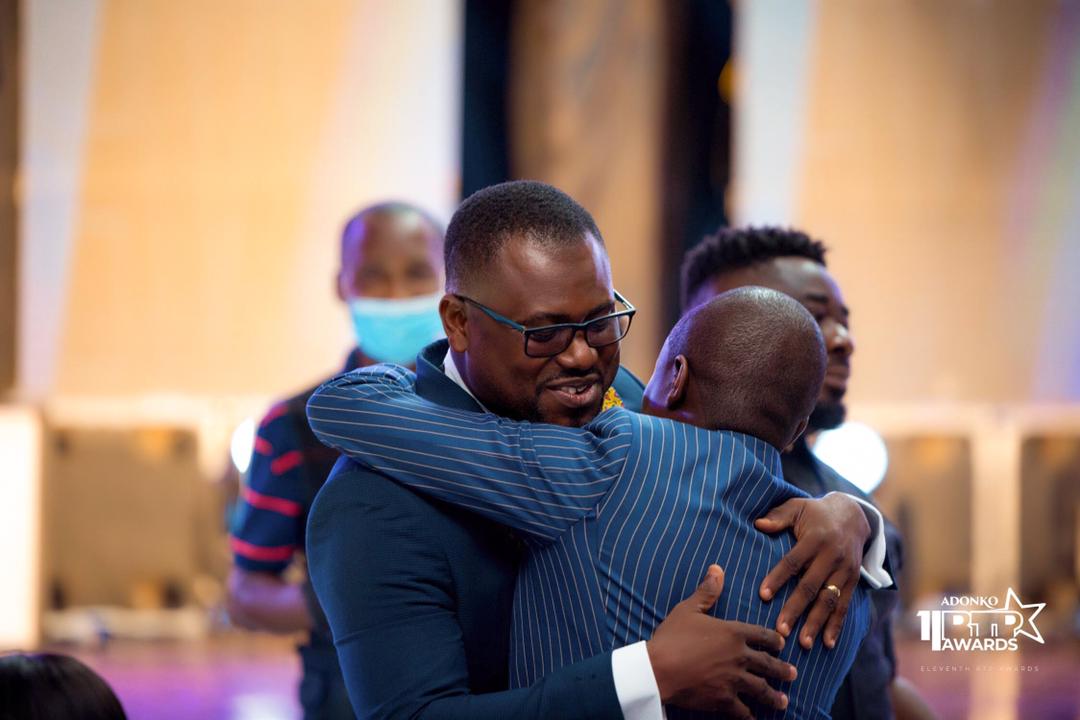 Renowned radio presenter and host of the late afternoon drive time show on Okay FM Abeiku Aggrey Santana has heaped all the praises on popular media personality Kojo Oppong kyeremeh (affectionately known as Wonder Gee) of Angel Broadcasting Network’s Taste FM who was adjudged the Radio Personality of the Year in the Eastern Region at the 2020/21 Radio and Television Personality Awards held at Movenpick Ambassador Hotel in Accra on Saturday.

At an Alomo Sankwan event held on Sunday at Mile 7 Virgin Pub in Accra, the celebrated radio presenter who was also adjudged as the overall best Radio and Television Personality of the Year disclosed Wonder Gee will be the next big presenter in the country in the years to come.

After he predicted, Abeiku Aggrey Santana then gave him his cap on stage while audience looked on as a sign of the next big radio personality in Ghana.

The host of Okay Drive revealed Wonder Gee is too humble and respectful besides hardworking.with performances from KK Fosu and Dope Nation.

It wasrevealed that Abeiku Santana gave Wonder Gee huge sums of money for making him proud after winning the Radio and TV Personality of Year in the Eastern Region.